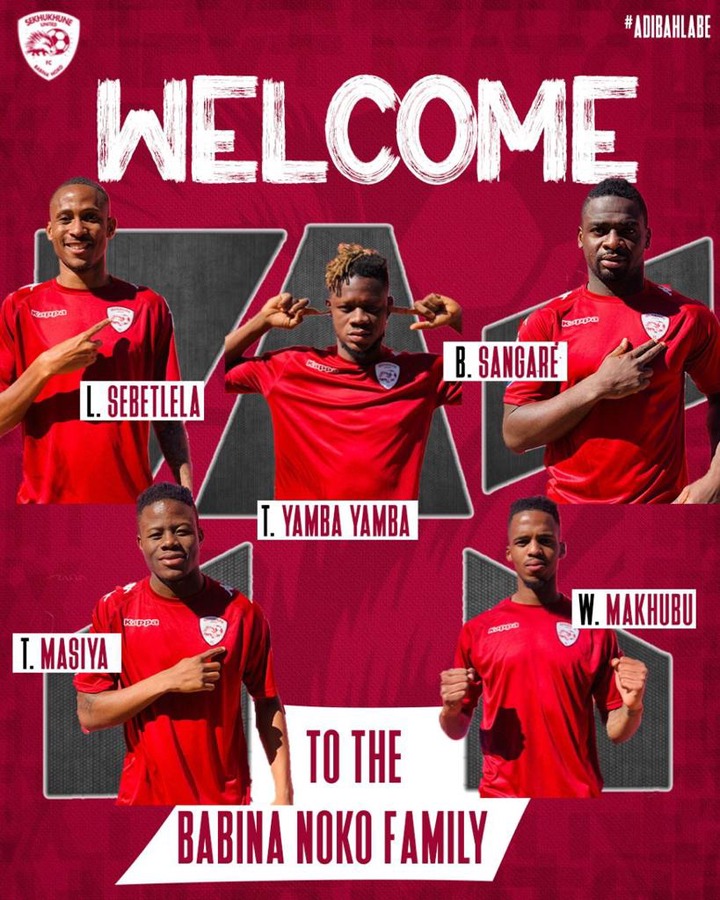 Sekhukhune United football club enjoyed their first season in the top flight in the 2021/22 season and ended the campaign in the 11th place spot with a total of 8 wins out of 30 matches played.

After ending their maiden season in a safe spot away from relegation the club opted to sign former SuperSport United coach Kaitano Tembo in the off-season.

Tembo will be looking to get the club higher than the 11th place spot on the log and potentially challenge for silverware like any other club is aiming for.

Sekhukhune United football club has now announced and confirmed the signings of five new players to their squad ahead of the 2022/23 campaign.

On the list of the new arrivals is the deadly talented striker Wonderboy Makhubu who was outstanding for University of Pretoria FC last season.

Sekhukhune United has now strengthened their side with some talented and experienced players in hope for an improved performance in the upcoming campaign under the management of Tembo.

The five players is Sekhukhune United's first announcement of new arrivals in the July transfer window, and it might not be their last as more could be on their way in the next few days or weeks. 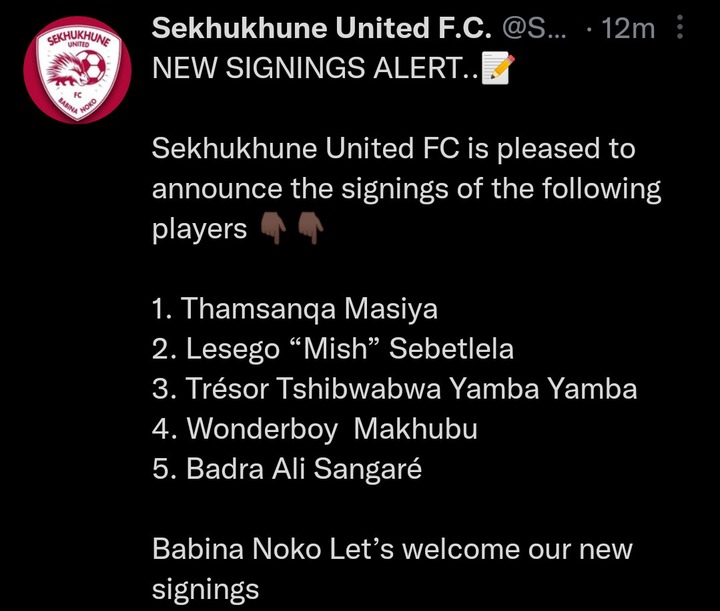