Did Lorch Really Dump Orlando Pirates For His Girlfriend's Birthday?

By NewsFlashMedia (self media writer) | 27 days ago

Orlando Pirates announced a few weeks ago that their star player Thembinkosi Lorch would be away for at least until the end of the year due to an in jury he sustained. According to Pirates, Lorch's injury would see him miss the first round of the 2021/2022 DSTV Premiership season and that the team had already made peace with this. 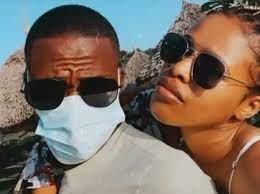 Pirates today hosted PSL defending champions, Mamelodi Sundown at the Orlando Stadium in their first encounter of the current season. Bucs were beaten 0-2 from two goals from Peter Shilalule.

Well news have emerged that Lorch may well be forging his injury to stay off the field. According to a tweet following the Pirates loss to Sundowns, Lorch is faking his injury and this is because he had a personal reason to attend.

"Thembinkosi Lorch knew that if he didn't fake the injury he won't be able to celebrate Natasha's birthday today Since we playing Sundowns," claimed the tweet. It is not clear whether or not there is any truth to this as earlier this year, Lorch reportedly wanted off the club as he wants to ply his trade elslewhere. 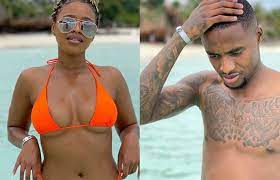 Lorch is dating actress Natasha Thahane, she celebrated her 26th birthday today and it is believed Lorch was with his lover.

Natasha Thahane is a South African actress and brand ambassador of Garnier. She is also a social media celebrity with a huge fan following in Instagram. She has featured in the hit show Skeem Saam and Ferguson Films produced soapie The Queen. She has also been in the Netflix produced series, Blood and Water.

InShock : See what a gang of foreigners did in Dobsonville. (Watchvideo).

From the bright lights of Joburg to the candles of Shamva

Check out the latest pictures of Daliwonga:SA celeb

12 Undocumented Ethiopian Nationals Rescued From A House This Morning