Real Madrid are watching the progress of Mohamed Salah from Liverpool due to wage negotiations. The Mirror has stated that Real Madrid are monitoring the situation. Salah joined Liverpool from AS Rona in 2017 for a deal worth £36 million pounds. Salah has developed into one of the most feared forwards in the world. Salah's season is off to a great start since he bagged four goals in five Premiership matches. The former Chelsea forward's contract expires in less than two years time. Liverpool are determined to tie down Salah to a new contract but he is demanding a whopping £500 000 pounds a week wages. Salah said, "I want to score as many goals as possible for Liverpool, before I go." This could be an indication that Salah had made up his mind. The wage factor could be a smoke screen in order for Liverpool to sell him with no other option. 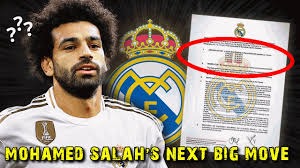 Jurgen Klopp stated, "We pay good money, maybe not the most in the world, but we pay good, and we have a sensational stadium, outstanding supporters with a fan base all over the world. I don't understand why someone would want to go and when Mo answered the question, it was that these clubs might be interested, but he didn't rule that out." Real Madrid have been interested in Salah for a while even more now that they lost the battle to sign Kylian Mbappe. El-Mokawoon coach, Emad El-Nahhas said, "In any case, I'll be very happy if he goes to a Spanish club. Spanish football is my favourite. If Salah joined Madrid or Barcelona, he would bring a lot to either team because he will be on the ball." Salah has a bright future but the wrong decision can taint one's image. Salah will do what's good for him and his family. 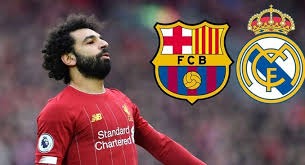 Check out the latest pictures of Percy Tau :SA celeb