McCarthy, who is frustrated believes AmaZulu deserve to better 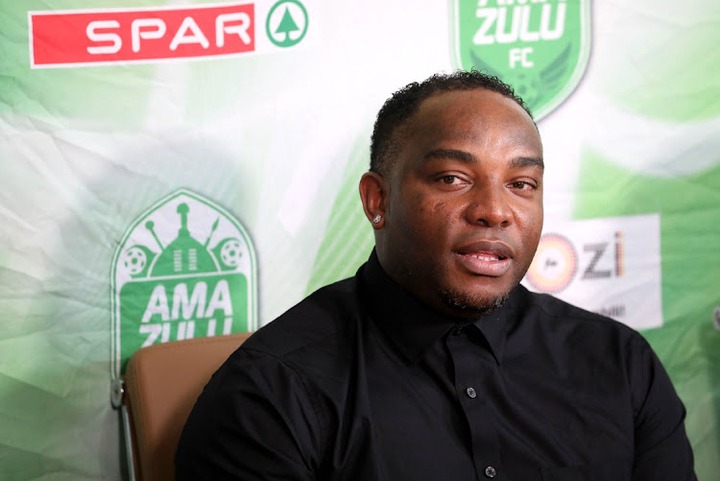 Benni McCarthy is the coach of Amazulu FC.

Benni McCarthy, the coach of the AmaZulu, is weary of his side drawing games and wants them to start winning.

McCarthy expressed his displeasure after his team drew 1-1 with Maritzburg United in the KwaZulu-Natal derby at the Harry Gwala Stadium over the weekend, their third tie in a row and eighth in their last 13 DStv Premiership outings.

Luvuyo Memela opened the scoring for Usuthu in the derby, and they appeared to be on their way to claiming all three points until Amadou Soukouna struck a late equalizer. "I'm irritated." We deserved more from this game, and we deserved better. McCarthy, apparently upset, remarked, "We got a draw where we should have won the game.

McCarthy was also dissatisfied with the match referees during the derby, believing his team should have been awarded a penalty. "There isn't much you can do when you're competing against 12 men." "My team did not have a chance to get the penalty shout and all that," she said. I pity the players since they put in a lot of effort. We took advantage of opportunities and dominated the game. We failed to finish the game off, and the opposition got a late chance to dig their noses back into it with a goal they didn't deserve," McCarthy said after Usuthu's winless skid against Maritzburg extended to seven and a half years in the league.

Three games resulted in three draws. It does not appear to be a positive situation. We'll have to start all over again. We need to start picking up victories. The odds aren't in our favor. McCarthy continued, "We have to turn those into wins, starting with Royal AM (on Saturday).

After the deadlock in the derby, Maritzburg coach Ernst Middendorp expressed his displeasure with the match officials.

We were awarded a throw-in, which was directed to the other team by the assistant referee. What I see on the pitch irritates me a little bit. Middendorp, enraged, remarked I decided to let it go and cool down a little bit.