By iLLusIoN (self media writer) | 20 days ago

Premier League manager Ole Gunnar Solskjaer is in the middle of a big crisis at Old Trafford, beginning with mounting pressure to be fired and some elite players looking for a way out due to unfulfilled promises over game time. 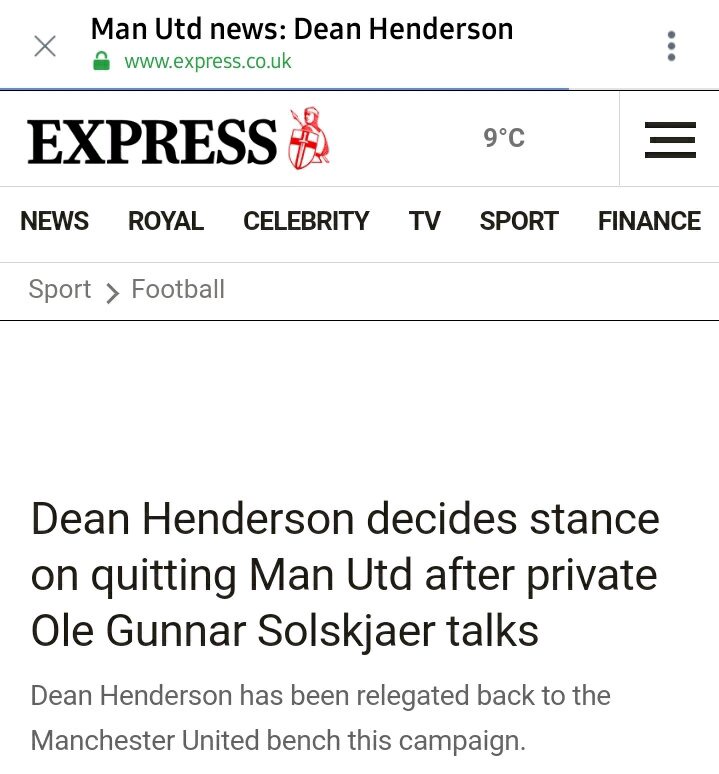 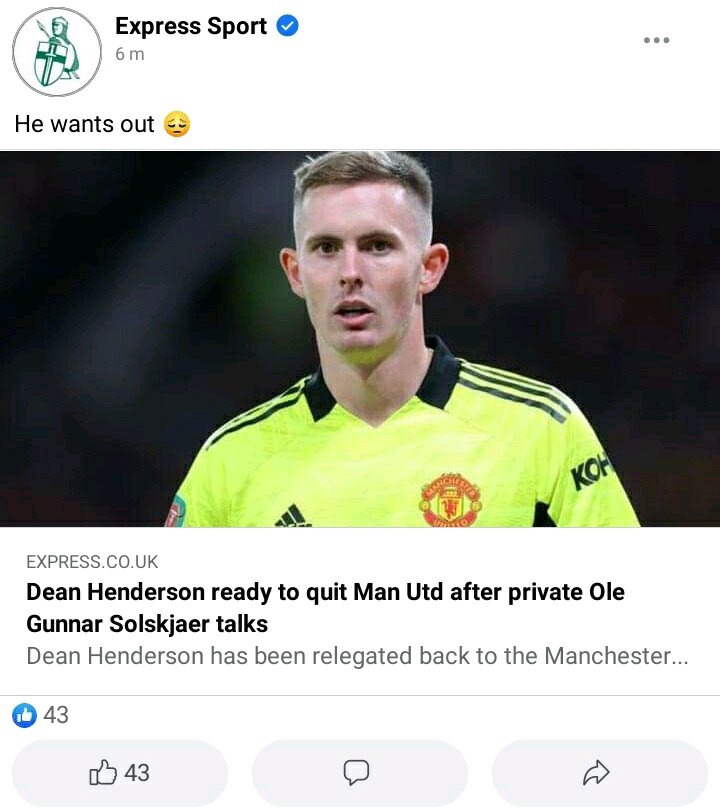 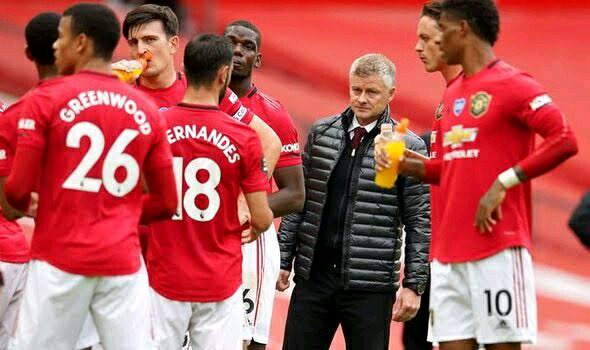 eading players like as Paul Pogba and Donny Van de Beek have indicated their want to leave the club at the end of the season, while Anton Martial, Jesse Lingard, and now Dean Henderson have also expressed their desire to leave the club.

According to reliable Express Sports news reports, English goalkeeper Dean Henderson, who is 24 years old, wants to leave his childhood club after failing to reclaim his starting position in the upcoming 2021/2022 season. "It's time for me to move on," Henderson said.

According to sources, Dean Henderson spoke with Ole Gunnar Solskjaer in private to discuss his playing time at Old Trafford, which has never delighted him because he wants to make a permanent move to the club in the summer.

The club had proposed an 18-month loan deal in January, in light of Henderson's recent signing of a new long-term contract, but the player wants to make a permanent move in order to improve his prospects of playing in the Qatar World Cup in 2022.

Ole Gunnar Solskjaer is in a difficult situation, but should he let Dean Henderson to leave the club?