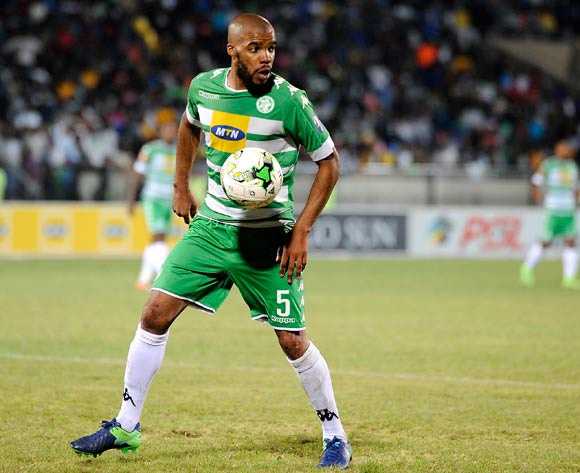 Wandisile Letlabika’s name has come up as a possible addition to the Mamelodi Sundowns squad as Pitso Mosimane looks to add cover to his central defence.

Letlabika has just completed his seventh season at Bloemfontein Celtic where he helped the team secure a Top Eight finish and qualify for the CAF Confederation Cup after reaching the Nedbank Cup final.

His contract with the team has since expired and, as reported by the Siya crew last week, Celtic have been eager to extend his stay. However, as it stands, Letlabika has failed to agree on new terms with Siwelele and he could be heading elsewhere in anticipation of the 2020/21 season. He has been with the Mangaung club since 2013, having joined the side as a 23-year-old from Sundowns.

At the time, the KwaNdokwenza-born player had struggled for game-time with the Brazilians after progressing from Als Puk Tawana – a North West Province-based third tier club that served as Sundowns’ feeder team back then – and was allowed to move on despite the promise he showed.

There now is talk of a return to Chloorkop.

According to Soccer Laduma sources, Letlabika’s name has been bandied about as a potential defensive signing for Downs. “Sundowns is considering Wandisile Letlabika as an option in their search for a defender. They have been alerted to the player’s contract situation at Celtic and are assessing their options,” said a source.

“The player is aware of the interest in him from his former club and is keen on going back. He believes that this time he can play in the team (now that he has gained experience), unlike when he was a youngster. All that he needs is to be shown an offer, and if it is good, he will take it,” the source added.

Last year Letlabika was linked to Kaizer Chiefs, when his contract with Celtic was due to expire in June (2019). At the time, however, the club exercised their one-year option, which extended the player’s spell in Mangaung to 2020.

Ndumiso Mabena Salary at Royal AM 2022