Xavi’s first words after being confirmed as Barcelona manager

Xavi's first words after being named manager of Barcelona 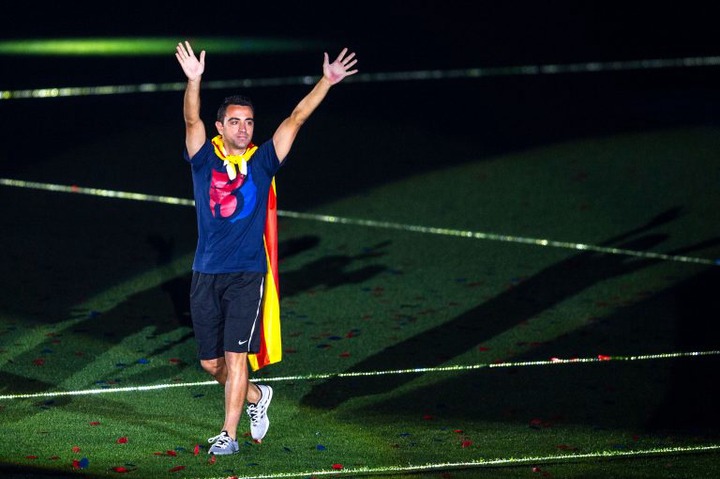 Barcelona was eventually able to confirm the selection of Xavi Hernandez as their new manager after much time and work.

Six years after leaving Camp Nou as a player, the Barcelona icon has returned to take coach of the first squad and lead the club back to success. Xavi has signed a deal that will keep him with the club until the summer of 2024, and he will be introduced to the media on Monday, November 8.

Before going to Barcelona with his family, the 2010 FIFA World Cup winner addressed to the press at the Doha airport. And he expressed his joy at returning to his "home," as well as his gratitude to the leaders of both Barcelona and Al Sadd for making the trade possible.

Xavi is relieved to be returning 'home.'

“I'm really thrilled, imagine, it's the biggest task of my career, a tremendous challenge, I'm heading home to Barça and I'm very glad,” he added, as quoted by Mundo Deportivo. Everyone has contributed, especially the club, and I am grateful for Barça's faith in me. They've arrived in Doha, the contract has been terminated, and we've all done our part. I am quite optimistic, and I am looking forward to everything going well. I owe the club a great debt of gratitude."

Xavi acknowledged that the process and talks were challenging and time-consuming. He praised vice-president Rafa Yuste and director Mateu Alemany for their "enthusiasm" in pushing the deal through.

The secret to success is perseverance.

"We will work to the limit," the former midfielder said of his ambitions once he takes charge at Barcelona. Finally, we are Barça; we are the finest club on the planet, and the best club on the planet must win; we cannot tie or lose. As a result, the maximum demand." We'll do everything we can to make the players pleased. It is evident that we will have to work hard and with the clear goal of striving to win. I'm optimistic, but I know I'll have to put in a lot of effort to get things to work.

The 41-year-old then claimed that the first thing he would do if he were to take over would be to speak with Barcelona's players and analyze the situation. "In the end, I've had negative experiences as well; it's not the best time in the club's history, but I'd like to express what my idea is." Also, work hard and form a team." I believe it is a question of teamwork, and I am eager to get things done properly. But, obviously, I need to speak with them to find out how they are doing. I'm also appreciative for Sergi Barjuan's efforts because there is a game today that is really crucial. The most important thing is teamwork."

When Xavi takes over, he will be greeted by familiar faces from his time at Barca, including Gerard Pique, Jordi Alba, Marc-Andre ter Stegen, Sergio Busquets, and Sergi Roberto. The Spaniard noted that having individuals with his level of expertise and knowledge on the team was beneficial.

“I see it as a benefit; it occurred to me before at Al Sadd. I'm very familiar with five players because we were teammates, and I see this as a plus because I know how they train, what they're like, and they're the team captains. He remarked, "I see it as an advantage."

Xavi is expected to arrive at El Prat airport at around 1 p.m. The 41-year-old will not attend Barcelona's La Liga match against Celta Vigo in Vigo. Instead, he'll watch the competition on television. As previously stated, his presentation will take place on Monday, with his first game in charge scheduled for November 20 against Espanyol.