Fans Starts To Fight For Their Favourite Radio Presenter To Be Brought back On Air.

FANS and supporters of sports broadcaster Robert Marawa said they wanted him back on the radio. However, it was not immediately clear if he would be attending a press conference organized by his supporters, which is expected to take place tomorrow at Curries Fountain, Durban, at 1pm. 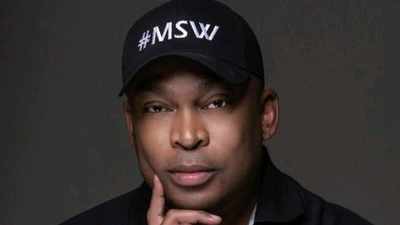 One of the organizers, Siyabonga Mzenda, said they would talk about various things they were not happy about and wanted to make clear.

He said however the biggest thing was that they wanted Robert back on the radio.

“At the moment we are still talking, nothing more. But if our grievances are not heard, we will organize a march that will not be isolated but will separate in the provinces. We believe that the lack of talent for someone like Robert is making South Africa lose out on radio and sports.

There is a lot that has to do with racial discrimination in sport in the country so we want him back in office, ”said Siyabonga.

He said there was a lot to express that they were not happy about it at the forum which will be attended by the poet, Mzwakhe Mbuli.

The reporter tried to contact Robert to find out if he was aware of the forum, and asked for a text message but did not reply until press time.

OPINION: The defender who can push Wan-Bissaka out of Manchester United's first team

Sundowns showed caution in whipping off Mudau at half time, See why?

Meet Angus Barbieri, The Man Who Fasted For 382 Days Because He Wants To Lose Weight

[Opinion] These are the two most underrated players in the Manchester United squad.

Load shedding to be suspended from 9pm tonight