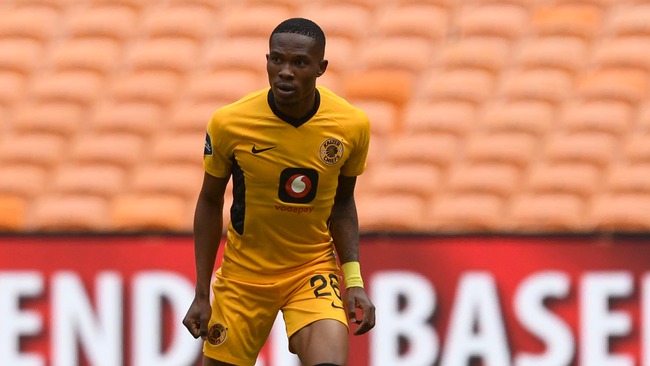 Kaizer Chiefs football club parted ways with their thirteenth player after the Soweto giants and Sibusiso Mabiliso terminated the contract agreement by mutual consent on Friday.

After the conclusion of the 2021/22 campaign, the Soweto-based giants off-loaded twelve players and a goalkeeper coach. In addition to letting go of a dozen players the club added a few players to their squad for the campaign that already commenced.

The latest player who joined the club is former Cape Town City FC defender Edmilson Dove who was signed by the club just hours before Sibusiso Mabiliso's departure were announced.

According to the club, the defender's contract was terminated as both the club and the player consented to the termination. The signing of Edmilson Dove could've well enough have been the replacement in the club's defence to fill the void of Mabiliso.

The 23-year-old defender now parted ways with Chiefs after spending only one season with the club since he completed his big move from his former club AmaZulu FC.

The young star featured for Chiefs in only 6 matches last season in the Premier Soccer League which was little compared to how many league matches he played for Usuthu the season before.

Mabiliso played a total of 24 league matches with the Durban-based side in the 2020/21 campaign before moving to Chiefs to become a fringe player.

The player wasn't on the substitute bench either as the club might have already known they would part ways with the young star.

Mabiliso is now a free agent and can join any club of his choice as the transfer window is still open for another month as it only conclude in September.

He is still young and have time on his hands to get settled in with a new club. 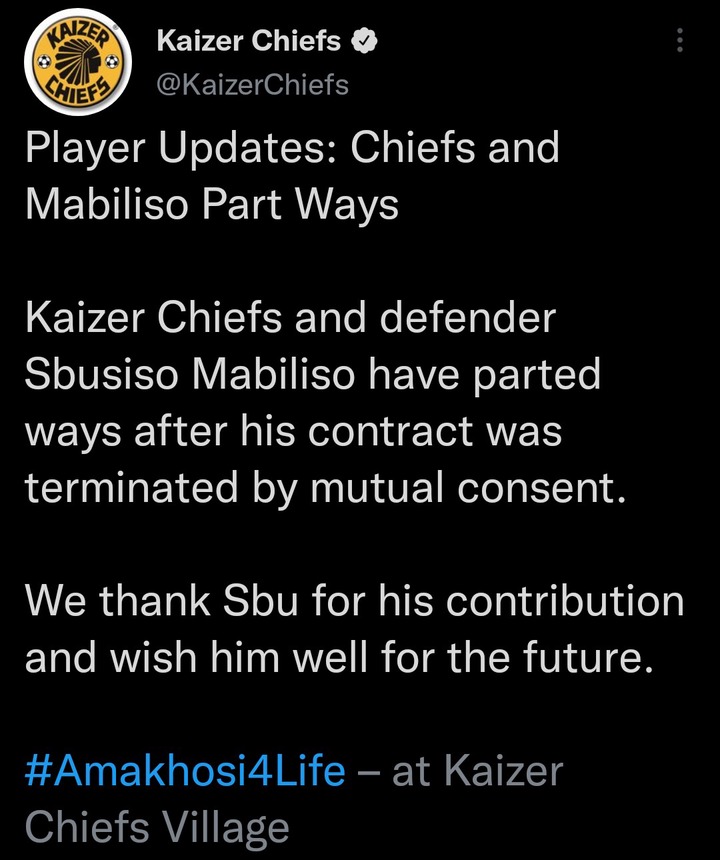