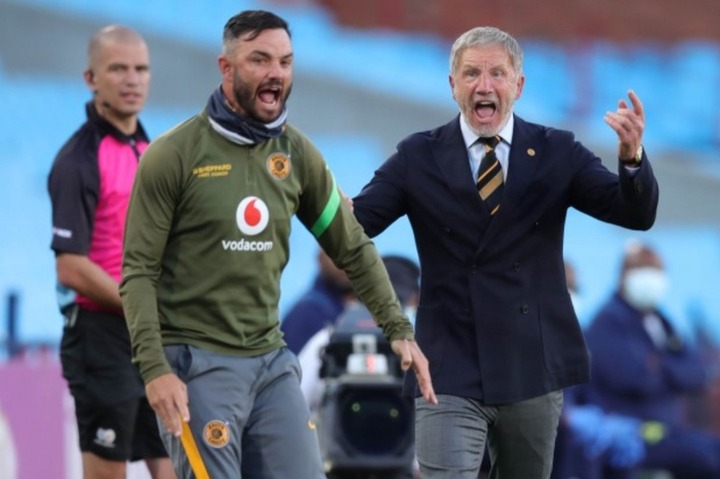 Amakhosi have made little development from last season under current coach Stuart Baxter, according to a former Kaizer Chiefs player, who believes the former Bafana Bafana coach needs to pull up his socks.

On Sunday, Amakhosi were defeated 4-1 by Royal AM at FNB Stadium, prompting Baxter to apologize to the club's supporters for what he termed as an embarrassing result.

Defender joins a new club after leaving the Chiefs.

"It's almost as though these guys are carrying on from last season." I haven't noticed any changes in the coach since he arrived. A coach should not make excuses; instead, he should deliver results. What does a coach apologize for when he apologizes? Muchichwa informs the Siya crew, "He was brought to help the sinking ship, but he is apologizing."

"The coach must pull his socks up because the Chiefs must win." He had to get down to business. The Chiefs are a successful team, and they cannot continue in this manner. They can't afford to lose two games in a row. He was called in to save a sinking ship, but it appears that the ship is sinking even faster. Everyone on the squad must step up to the plate and play their part.They need to wake up because the Chiefs are a formidable opponent. We don't want apologies; we want victories.