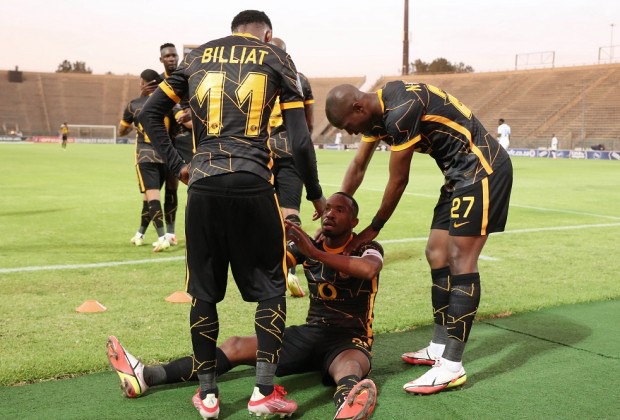 Bernard Parker got a support as Kaizer Chiefs gave SuperSport United their first loss of the DStv Premiership season with a 2-1 triumph on Sunday.

Sifiso Hlanti and Anthony Akumu were drafted into the Chiefs firing line up, while Onismor Bhasera, Keanan Phillips, Sipho Mbule and Ghampani Lungu were reviewed by Kaitano Tembo.

Mbule's shot then, at that point, redirected only wide before Chiefs reacted as Bernard Parker's work was very much saved by Matsatsantsa shot-plug Ronwen Williams in the wake of being played in by Keagan Dolly.

SuperSport almost started to lead the pack soon thereafter. Mbule's shot from fresh took a redirection and fell benevolent for Rayners yet it was barely unattainable for the striker to take advantage of an open net.

The Amakhosi got the lead in the 45th moment. Cart played a slide-rule pass for Billiat, who discharged the ball past Williams with the Bafana shot-plug getting a hand to it in transit, wherein will go down as a mistake.

SuperSport reacted on the stroke of half-time when Mbule's free-kick conveyance from the right-hand side was looked into the base left corner by Thamsanqa Gabuza.

Bosses reestablished their lead five minutes after the break when Dolly played an indistinguishable slide-rule pass to his first help by and by for Parker, who opened in at the far post for his second.

Kaitano Tembo's side went looking for a reaction. It was extraordinary strain and determination applied down the left wing by Bhasera and the free ball tumbled to Mbule, whose work cruised over the bar.

Luke Fleurs then, at that point, gotten an opportunity to even out issues however his header from Mbule's set piece cruised over.

With time expiring, Jesse Donn was then the most recent SuperSport player to take a stab yet bursted his work over the bar as Tembo's side experienced an uncommon misfortune.

Here's the way they began: