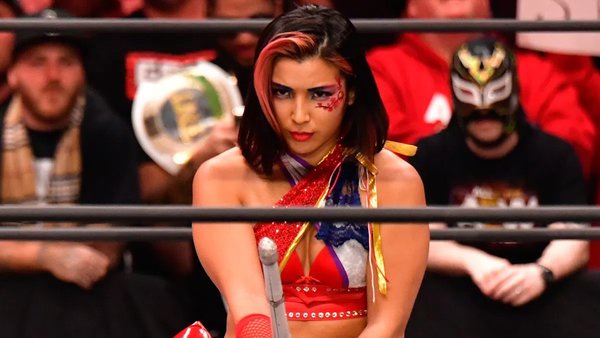 Last week was a confusing one for former AEW Women's World Champion Hikaru Shida, who was pulled from the company's ongoing Owen Hart Foundation Women's Tournament - with an injury cited as the reason.

AEW broke the news through an in-ring segment featuring Tony Schiavone, The Baddies, and Kris Statlander (Shida's tourney replacement) on last week's Rampage. In response, Shida tweeted that she wasn't injured, noting that she had worked four bouts since facing Serena Deeb in the AEW bout purported to have caused the issue.

Hikaru has now posted a new update clarifying the situation. Checked out by a doctor after the hard-hitting 27 April Street Fight with Deeb, the Japanese star stated that she was unable to re-enter the United States in time to fulfil her Owen Hart Tournament obligations. As a result, she was withdrawn:- 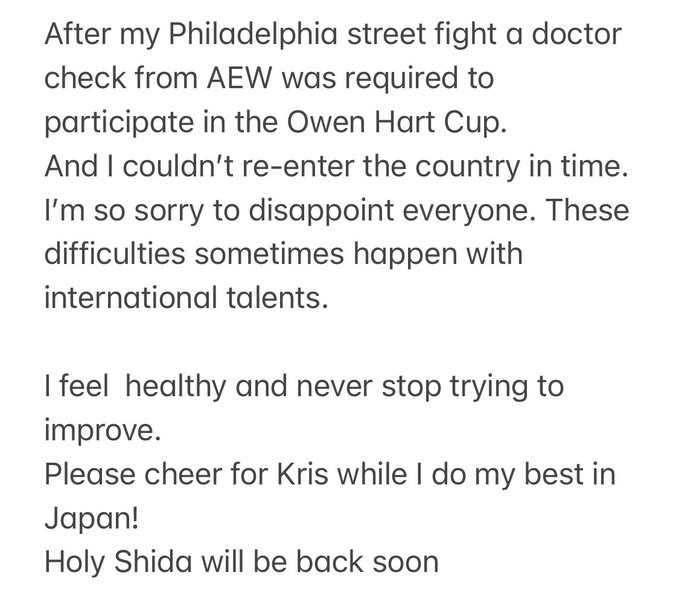 Shida had defeated Julia Hart to quality for the Owen. She was originally set to face The Baddies' Red Velvet in the competition's first round, though Velvet vs. Statlander has now been set for this Friday's episode of Rampage.