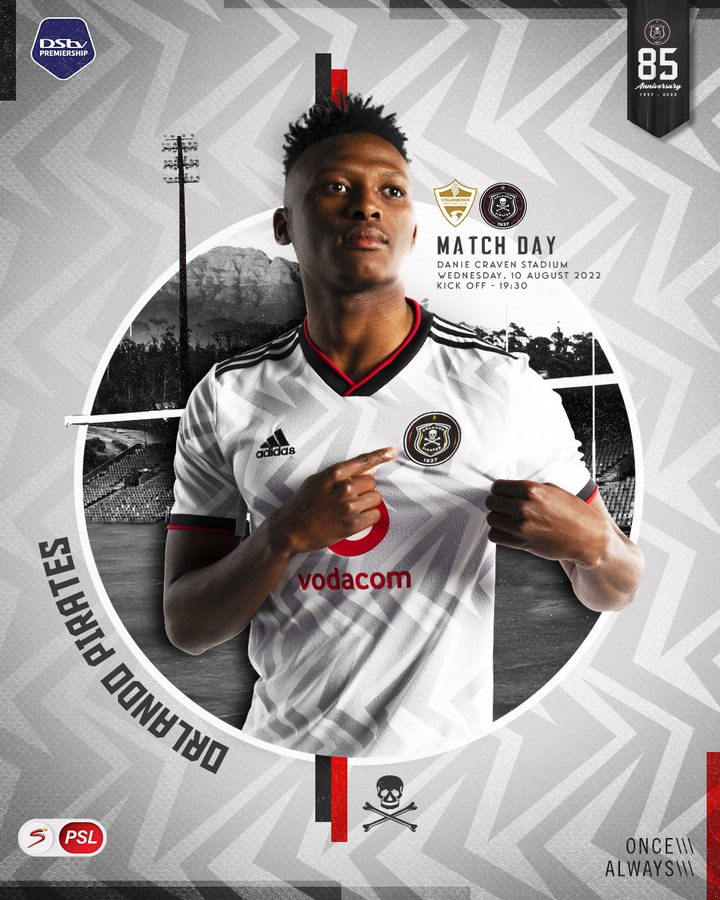 Orlando Pirates football club was off to a good start in the 2022/23 campaign with a win against Moroka Swallows FC on matchday 1 of the DStv Premiership.

The Soweto-based giants got away with a narrow 1-0 victory after the club's new addition striker Bienvenu Eva Nga impressed with his debut goal.

The three points gathered from the match landed the Soweto side a top four spot as they joined bitter rivals Mamelodi Sundowns at the top of the log with Kaizer Chiefs the only one of the big three clubs to suffer a defeat on matchday 1.

The Buccaneers started the campaign at home with a win, and their next match in the DStv Premiership will be their first away fixture for the new campaign.

Orlando Pirates will be going head-to-head against Stellenbosch FC and will be looking to maintain their winning form as they have travelled to Cape Town.

The club's assistant coach Mandla Ncikazi who led the club to a CAF Confederations Cup final along with his former co-coaching partner Fadlu Davids last season said, "The team looks ready to go and get another three points".

The match will be played at the Danie Craven Stadium in Stellenbosch Cape Town on Wednesday 10, August. The match will kick off the evening at 19h30 and will be televised and aired on SuperSport (PSL Channel).

Kaizer Chiefs latest 3-0 win against Maritzburg United in the DStv Premiership moved the Naturena base side above both Mamelodi Sundowns and Orlando Pirates, and should the two PSL giants fail to win Wednesday's fixtures, Chiefs will remain in the second place spot.

Richards Bay FC is currently in top, Kaizer Chiefs is second with Mamelodi Sundowns in the third place spot. Orlando Pirates currently occupy the fourth place spot but could go top tonight should they win with a greater score than Sundowns, that is if Masandawana also win against TS Galaxy. 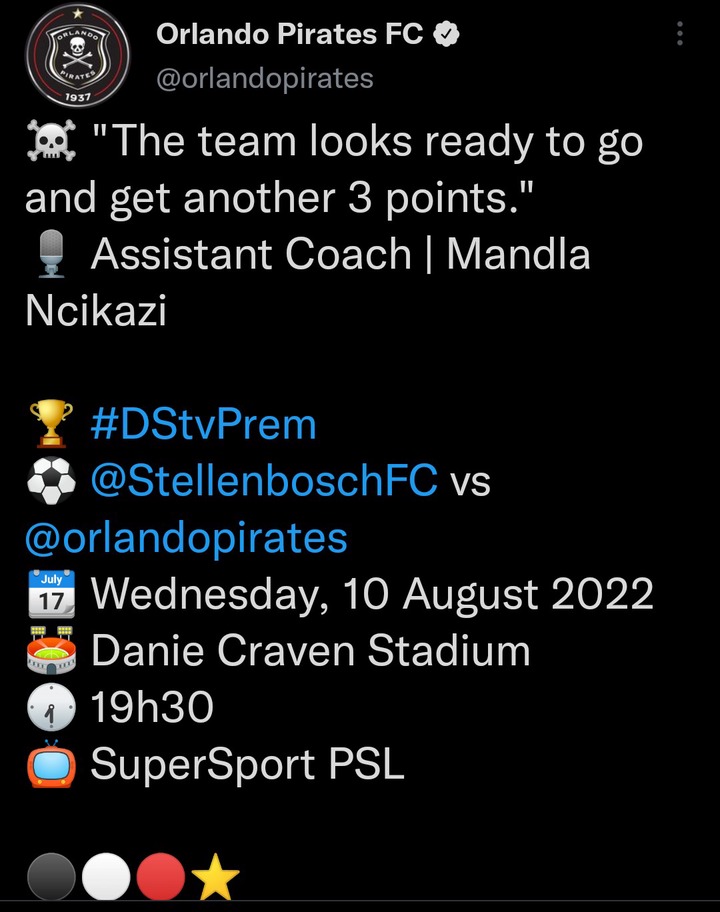