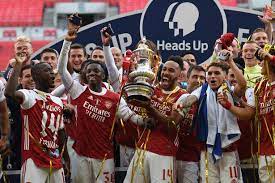 It's unusual that we identify Arsenal with a brilliant transfer coup, but Takehiro Tomiasyu is already proving to be far from a last-minute panic purchase. This summer, a slew of intermediaries advertised the Japanese international in the hopes of landing him a dream move to the Premier League. Tottenham were in advanced talks to complete the transaction before the Olympics, therefore extensive talks were held with them.

Negotiations then came to a halt, but it was hoped that the idea would be reconsidered after the Olympics. But that didn't happen, and when it became evident that Hector Bellerin would be loaned out, Arsenal opted to act late in the day. Tomiyasu isn't naturally a right-back, and in recent years he's spent the majority of his time in the middle of the defense. He's a good, all-around defender with a no-nonsense demeanor, which is precisely what Arsenal requires as they attempt to bolster their defense. Arsenal's backline has been mocked in recent years, including this season when players like Pablo Mari, Caleb Chambers, and Rob Holding were ripped to shreds by Chelsea and Manchester City. However, the signing of Tomiyasu, along with the return of Ben White and Gabriel Magalhaes, has proven to be a watershed moment in Arsenal's season. With all due respect, it may have only been against Norwich and Burnley, but Arsenal is once again relishing the art of defending, which provides them the opportunity to grind out results.

This hasn't been the case this season, but it's worth remembering that Arsenal had the third-best defense in the Premier League last season. Many believed Tomiyasu was being recruited as insurance, and for £17 million, there were considerable doubts over whether he would make a substantial difference to Arsenal's defense. But, based on his first two appearances in Arsenal red, that appears to be the case. "Both of them were great," Mikel Arteta remarked of Tomiyasu and Gabriel. 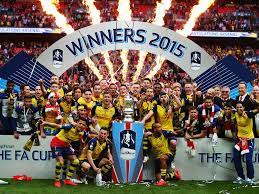 Defensively, I thought the back four played quite well. "Even though they put us under a lot of pressure, we didn't give up anything." They were excellent, in my opinion." All of his aerial and normal duels were won by the 22-year-old, who also had the most touches (79) of any Arsenal player. In the important win at Turf Moor, he also retrieved the ball five times, made five clearances, and made one tackle and interception.

This was Tomiyasu's second consecutive top-notch performance, and he's taken little time to adjust to his new circumstances. He already appears to be worth double his £17 million price tag, and his stock appears to be rising with each passing game...