Royal AM has been dying to finally got their day to meet with the league's most consistent team Mamelodi Sundowns after having played well against Kaizer Chiefs and Orlando Pirates respectively, they beat Amakhosi 4-1 earlier in start of the league, they went on and played a 1 all draw with the Buccaneers, they then started to say they can’t wait to play Sundowns and bring them down to earth and their day came. 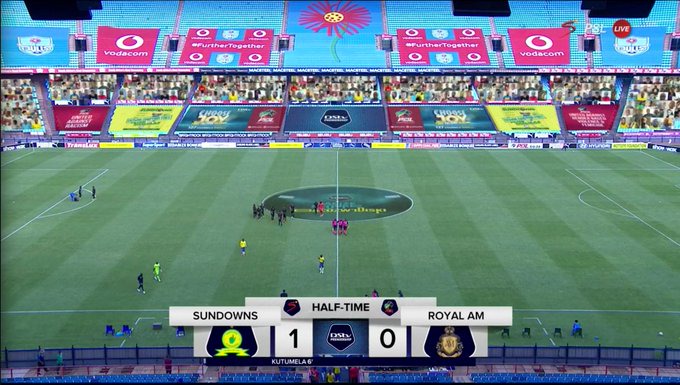 Mamelodi Sundowns who are yet to taste defeat in the DStv Premiership have started the game like a house on fire attaching from the first whistled with intention to get an early goal through the former Maritzburg United striker Thabiso Kutumela who found the back of the net on the 6th minute.

Royal AM missed a Golden opportunity to score an equaliser on the 25th minute after Pontshane saw his close range shot saved by Kennedy Mwene who had already gone down before the ball was kicked, they managed to break down the middle and Ndumiso Mabena laid a beautiful pass for the on-coming Pontshane who waited the rare chance, many teams don’t get such chance, their defense is hardly breached in that fashion, when that chance is presented, you have to make sure you score.

Mabema who has been problematic to Sundowns' defense also came close to scoring an equakiser on the 36th minute when he attempted an acrobatic shot from inside the box, but Rushine De Reuck put his body on the line to block the ball. 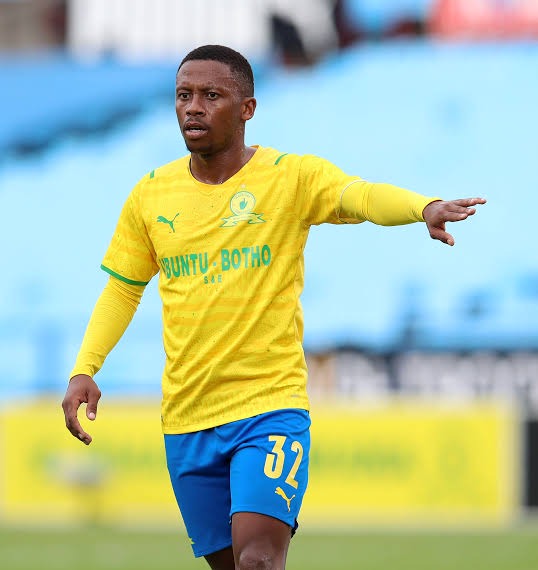 Potsane who was proving to be a handful was booked on the 39th minute after he was brought down with only the goalkeeper ahead by Musa Lebusa, it looked like an obvious scoring opportunity, but the referee gave the foul to Sundowns since Potsane had handled the ball when he fell and kicked the ball away in frustrations.

According to SuperSport TV commentator Thabiso Tema, it was a clear foul, Lebusa brought down Potsane who was already ahead and when Potsane thought he won the foul, he handle the ball and got booked.

"That was a clear foul, the referee knows he could have been in all sorts of trouble after had he blown for a foul there because he was going to have to send Lebusa off for denying an obvious goal scori g opportunity. 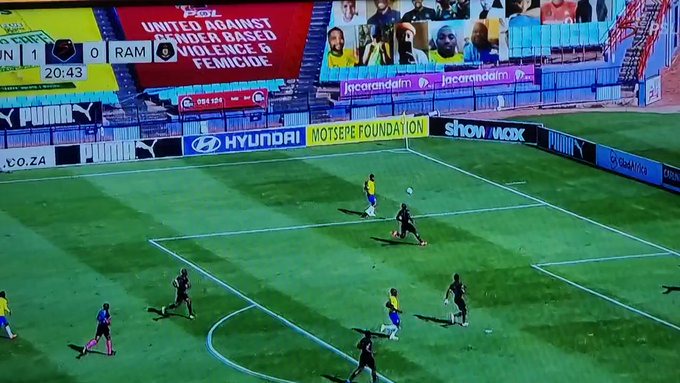 Mabea once more broke down the right and his thunderous shot was saved by Mweene who refused to be beaten on the 44th minute.