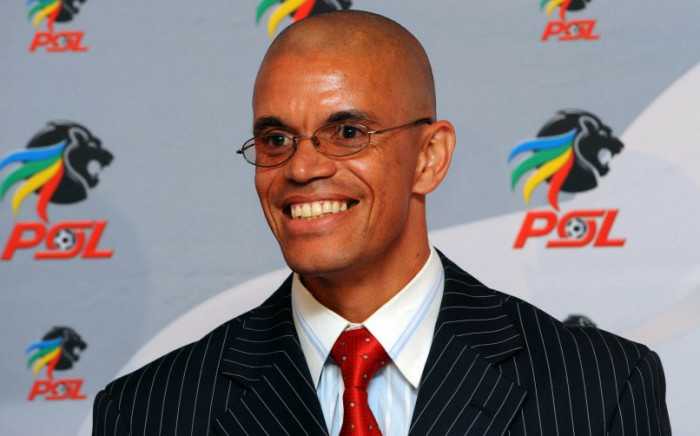 The moment we have all being waiting for has finally arrived.

Ace Ngcobo has finally came with the verdict after he initially refused to add his view about the incident.

There was two incident Manyama's incident and the penalty. The referee was nearer to the action compared to the assisted reference,no player was in front of him when the incident happened. he had clear view. 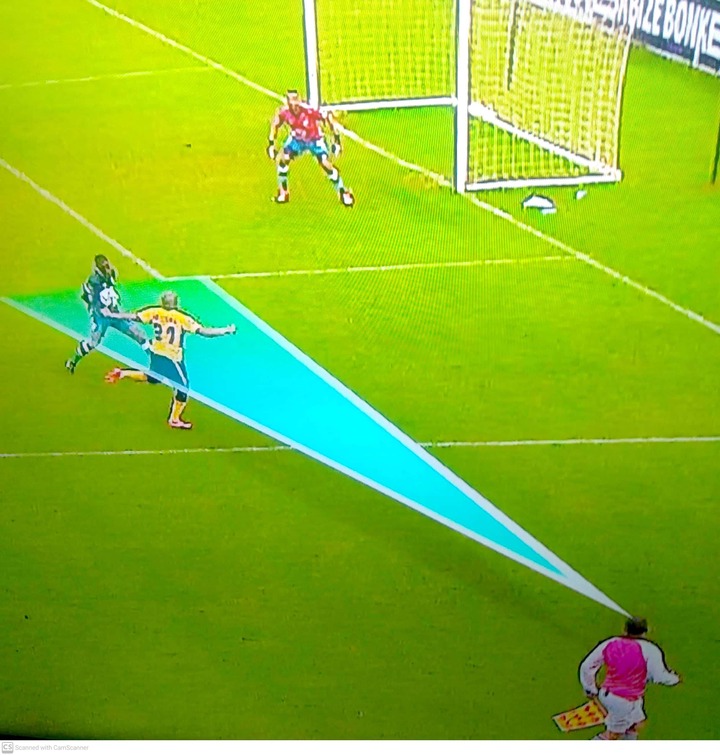 At 92:33 minutes the referee had his whistle in the mouth but he did not blow it. At 92:38 he brings his whistle into his mouth, He does not blow it , now this is after about three touches had been made by three players. The ball it is still circulating.

At 92:40 he then touch his ear piece and blow the whistle. He then points to the box an award the incident as penalty. -Second segment of the incidents

When you look at the pictures above the assistant referee is obscured. he can not see the ball as it heats the defender.

Ace Ngcobo has it on good authority that the assisted referee said he did not see were the ball landed.

On Manyama's incident. The ball struck him on the thigh there was no hand ball. He moved his arm away from the ball before he crossed the ball.

The ball strikes the shoulder of Amazulu player. 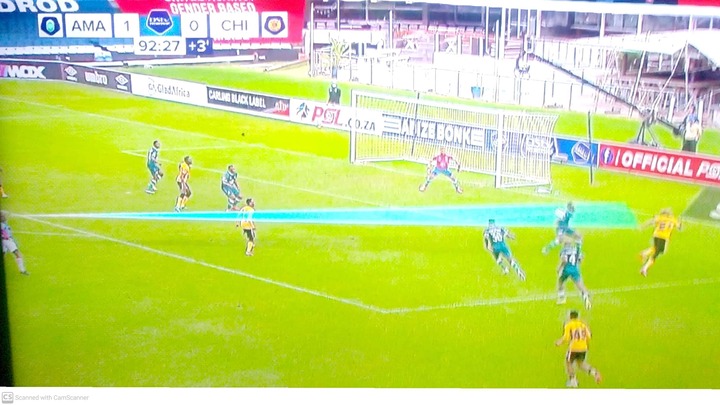 The referee did not give the incident himself because there was a lot of delays before the final decision was taken.

The decision process was all wrong when you look at what happened before the referee blew the whistle so many things were wrong. 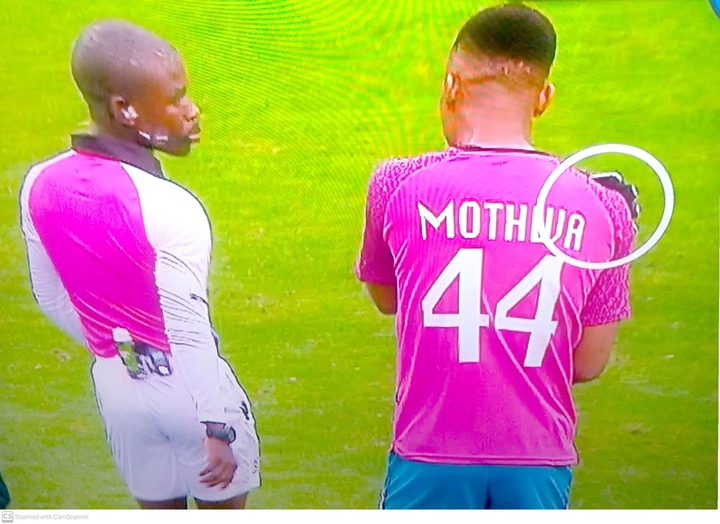 According to Ace Ngobo that was not a penalty.

The referee was 7 meters away. He was supposed to be brave enough because the assistant referee took forever to make a decision.