OPINION: Chelsea Might Be Unable To Overtake Man United In The Most Successful EPL Club Ranking

Regardless of the style of play or management, the most successful teams are those with a large amount of trophies. When compared to other teams around the world, trophies indicate a club's status and pedigree. 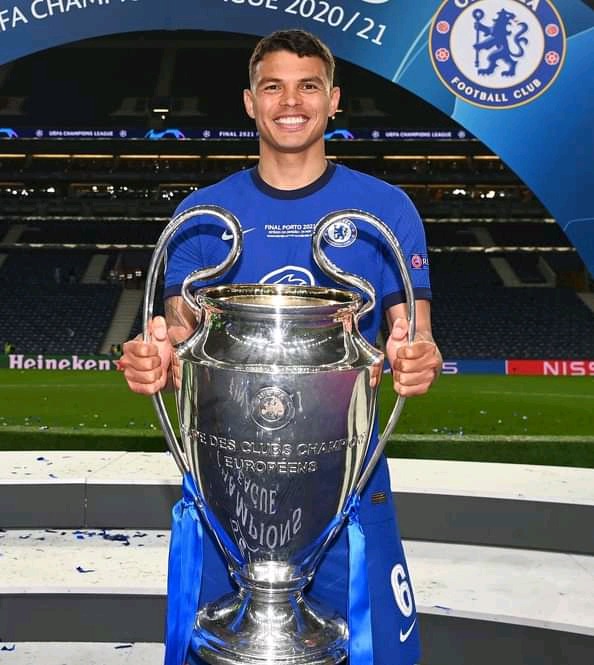 Arsenal was formerly recognized for producing the best type of football, but they have been heavily criticized by analysts, club supporters, and neutral supporters in recent decades for their lack of competitiveness in winning championships.

Arsenal, Manchester United, Manchester City, Chelsea, and Liverpool are the five major clubs in the English Premier League. According to Krysstal.com, the following table shows the breakdown of trophies won by these clubs. 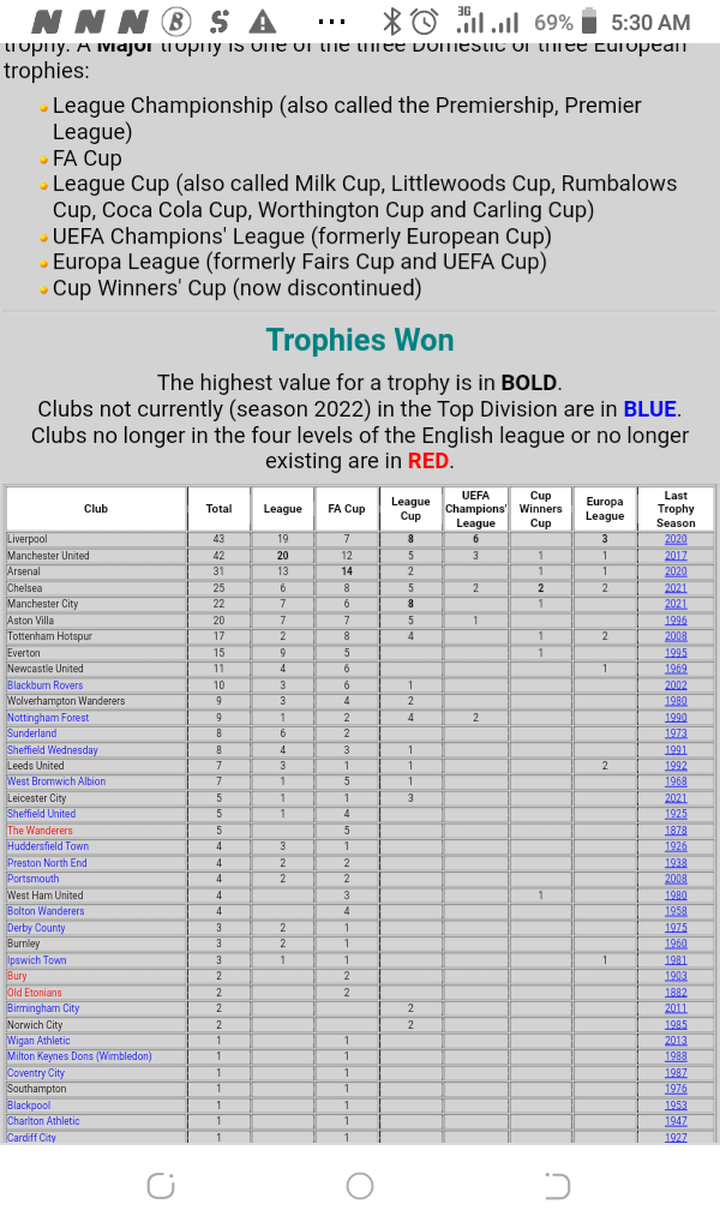 Manchester United has won 42 major trophies in Europe since its inception in 1878, putting it in second place in terms of honours gained, according to the research.

20 League championships, 12 FA Cups, 5 League Cups, three UEFA Champions Leagues, and one Europa League and Champions Cup apiece are among the trophies. In his 26 years at the club, Sir Alex Ferguson has won 38 of the 42 trophies available. 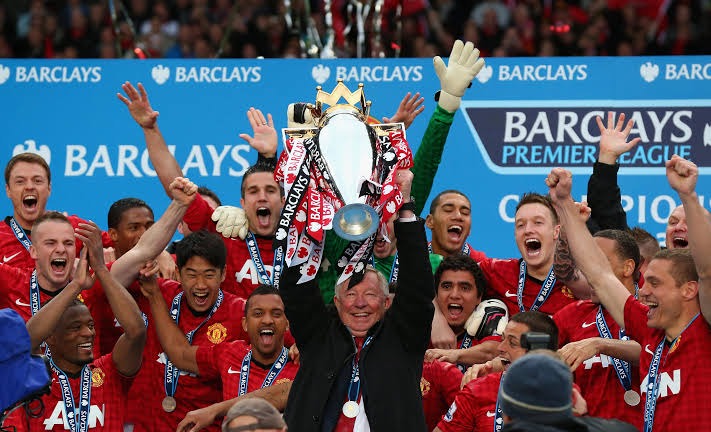 Chelsea, on the other hand, has won 25 major championships in Europe since its founding in 1905, and is currently ranked fourth behind Arsenal, another London club. 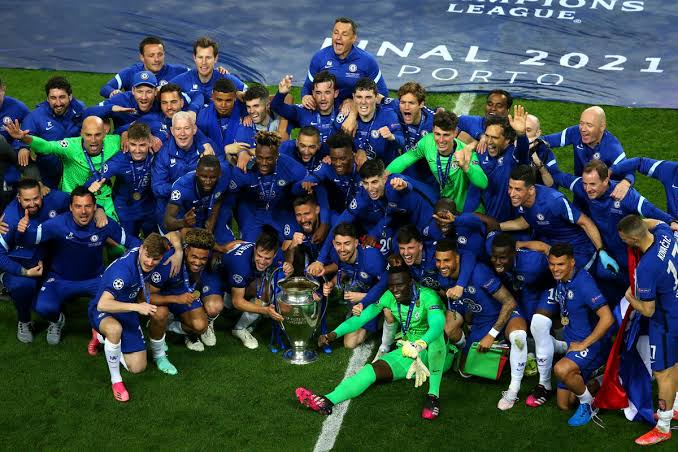 Manchester United have not won any silverware since Jose Mourinho's unexpected resignation in 2018, when he led them to the Europa League title.

Last season, they came close to winning the Europa League again, but fell short to Villarreal in a penalty shootout after a 1-1 draw in regular time.

However, since the start of the new season, they have gone on a four-game winning streak in the Premier League, with Cristiano Ronaldo scoring three goals in the process. 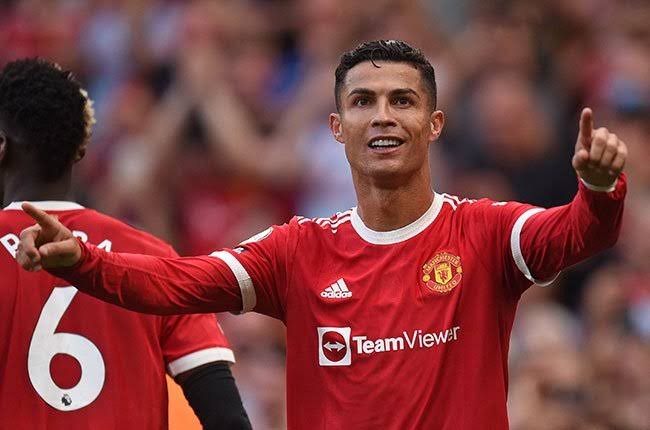 Cristiano Ronaldo has a track record of winning championships, and his goals and imposing presence will undoubtedly return the club to its former glory. When he's in the 18-yard box, his brilliance and shooting technique make him a threat to any opponent's defense.

Chelsea, on the other hand, has started the season well, winning four of their first five games and remaining unbeaten in all competitions. They have a youthful and talented roster that can bring a slew of titles to Stamford Bridge in the near future. 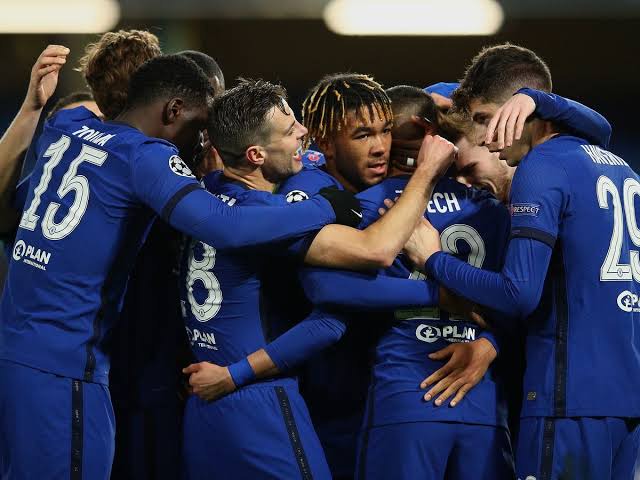 However, the trophy difference between the two clubs in the rankings is large (17), making it seem impossible for the Blues to catch up to the Red Devils. Chelsea's greatest chance of reducing the deficit is to close the gap, but passing them will be impossible. 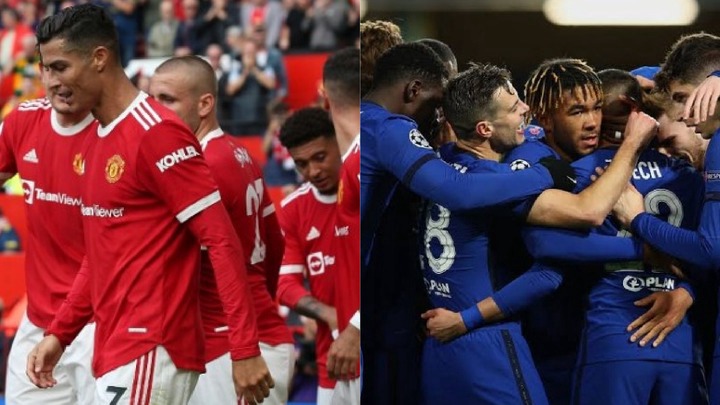 Regardless, everything is possible in sports, as evidenced by Arsenal FC's ten-year trophy drought under their longest-serving manager, Arsene Wenger, but I have my doubts about a Bruno-Cristiano combo club.