Bayern Munich and Borussia Dortmund squared off at Signal Iduna Park yesterday in the Der Klassiker.

Robert Lewandowski and Erling Haaland, two of the Bundesliga's most dangerous strikers, opened the game and did not disappoint, scoring for their respective sides. 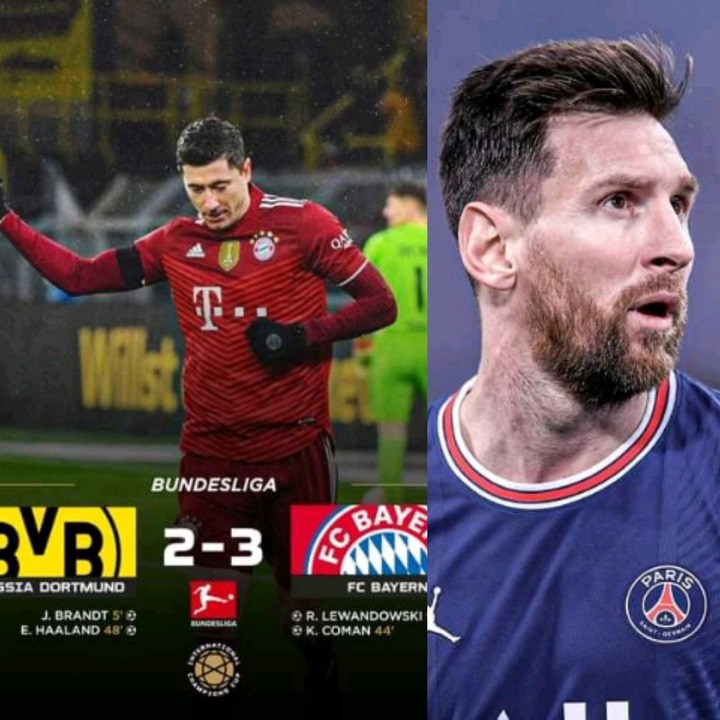 The winner of the "Best Striker Of The Year" title chased down a loose ball and blasted in his 15th goal in the Bundesliga this season.

And shortly before halftime, Kingsley Coman scored Bayern's second goal of the game, giving them a 2-0 lead at the interval.

Erling Haaland, playing in his 51st Bundesliga match, scored his 51st league goal to bring Dortmund level in the second half.

The Norwegian striker put in a curving shot with his weaker left foot that flew well beyond Manuel Neuer's reach.

However, with 13 minutes remaining, Lewandowski converted the game-winning penalty after the match official controversially awarded Bayern a penalty. 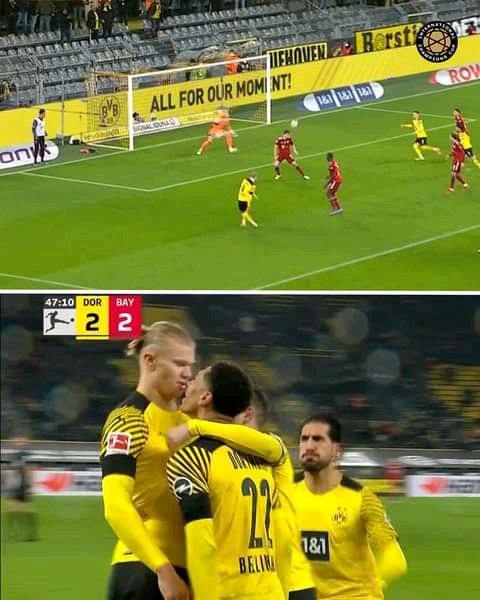 Surprisingly, Dortmund fans were heard energetically screaming Lionel Messi's name throughout the game (Source - Thomas Nowag on Twitter). Perhaps they were attempting to disturb their opponents and discompose Lewandowski at the same time.

Remember, Lewandowski and Messi were locked in a two-horse race for the Ballon d'Or, which the Argentine eventually won.

While it's admirable that Dortmund fans believed chanting Messi's name would make Lewandowski nervous, the strategy backfired spectacularly, as the 33-year-old Polish forward scored twice to condemn the hosts to a seventh consecutive defeat in the Der Klassiker. 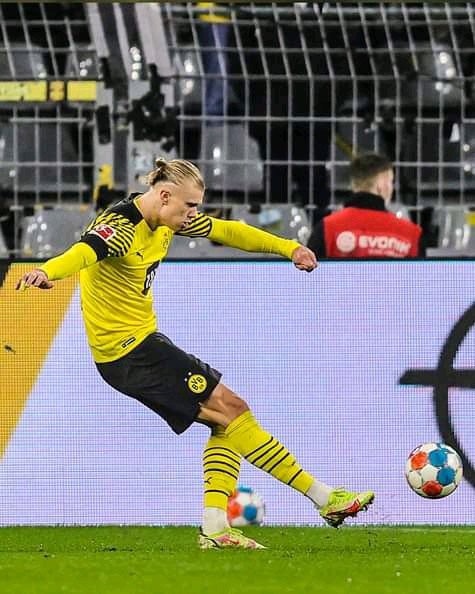 The Bavarians are now league leaders, and given how they defeated Borussia Dortmund, betting against them to win a tenth Bundesliga title in a succession will be difficult.

False Number Nines Will be The Future as Others Fade Away: Ex PSL Top Scorer