We must have zero tolerance for blunders, according to Sundowns' co-coach. Following the victory over Sekhukhune United, Mamelodi Sundowns co-coach Rhulani Mokwena stated that the team needed to improve on its mistakes.

Assisted goals from Neo Maema and Themba Zwane in either half of the first half lifted the Brazilians to a 2-0 victory over Sekhukhune.

Sundowns, on the other hand, were reduced to ten men in the final five minutes of the game after Onyango was dismissed for denying Babina Noko striker Tshidiso Patjie a clear goal-scoring opportunity.

In an interview with SuperSport TV, Mokwena said, "First and first, let's congratulate Sekhukhune for having a clear model of play, and more importantly, a clear style of play that is tailored to the strengths of their players."

"However, we must give respect to our players for fighting hard and displaying tremendous resiliency in order to bounce back from the previous two draws.

"It's difficult since the opposition's personality shifts from time to time. The first half was marked by a low block, which we knew had to be broken because if we didn't, they would stay with the low block and continue to ignore possession while going a little bit closer to attack the open space.

"Nevertheless, when they made a double substitution in the second half, they pressed a little bit higher with two strikers, and we had to find better answers on our build-up, which we eventually did and, once we gained some momentum, we were able to maintain it a little bit longer.

Further, Mokwena stated that the team's blunders must be eliminated if they are to contend for a place in the CAF Champions League.

"Look, these things happen in football, Denis will always be Denis, but what is crucial for him is to assess and analyze the situation.

"I typically tell people that there are five or six mistakes before the actual mistake that we perceive, and that we tend to only pay attention to the final product at times.

In that moment, there was a build-up of certain aspects, and even before Grant Kekana passes to Mosa, Mosa is saying, 'there's a striker,' since they were two 'don't give it to me' players." "As time passed, he was forced to respond a little bit due to the pressure that was being applied to him. 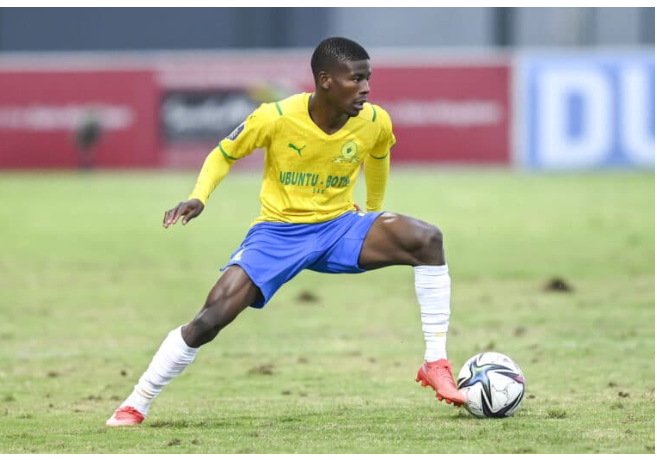 "This is the price we pay for being a club that plays from the back, a team that creates situations from the back, but we have to cut out the mistakes if we want to reach the level where we can compete for the [CAF] Champions League, which is where we are now. It is critical that we reach a point where we have no tolerance for making mistakes at any cost."

Criminals are in trouble, Here's what South Africans did to a scammer and how people reacted.