By Daily_News_Update_ZA (self media writer) | 1 month ago

Will he give Amakhosi the goals they need? 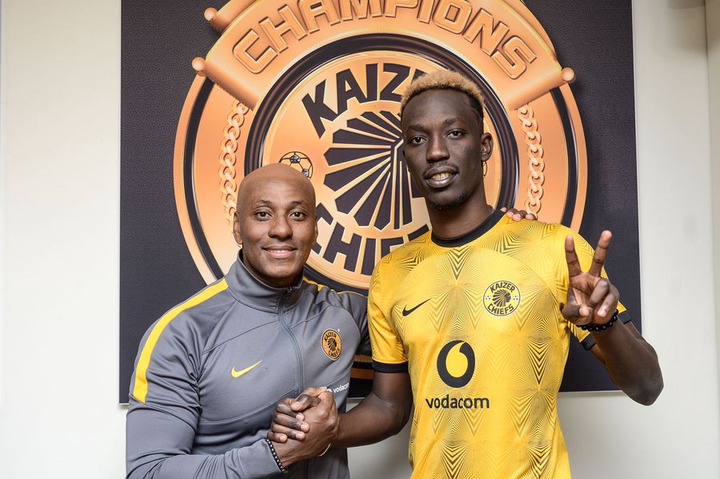 The striker has signed a two yea deal with Chiefs with an option to extemd one year. The news were announced on Thursday afternoon. 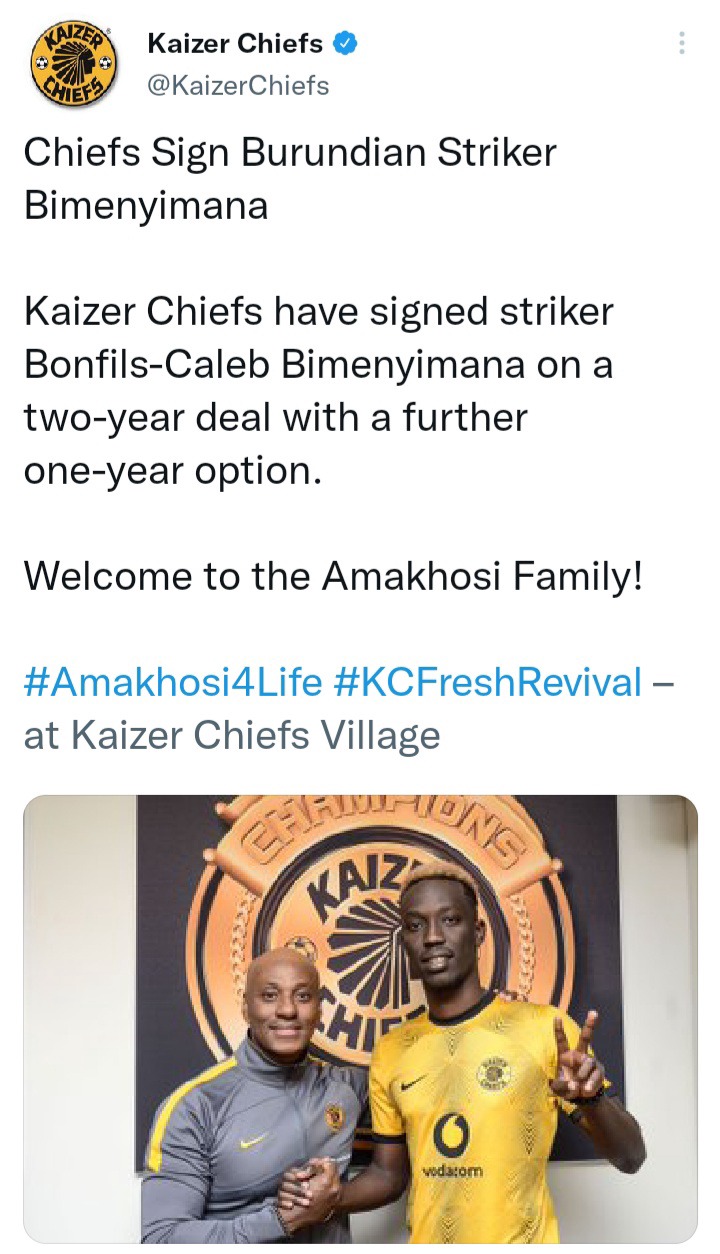 The team's fans have expressed themeselves differently on social media. Some said that hopefully he will do well and make a difference because they need a good finisher to finish these Premier Soccer League (PSL) teams.

"Proper tall striker, I hope he shines, reminds me of the tall lethal Lungisani Ndlela. Welcome to the biggest team in Africa Bonfilis-Caleb," wrote a user.

Kaizer Chiefs will meet Richards Bay on satursay and the striker will likely be featured in the team.