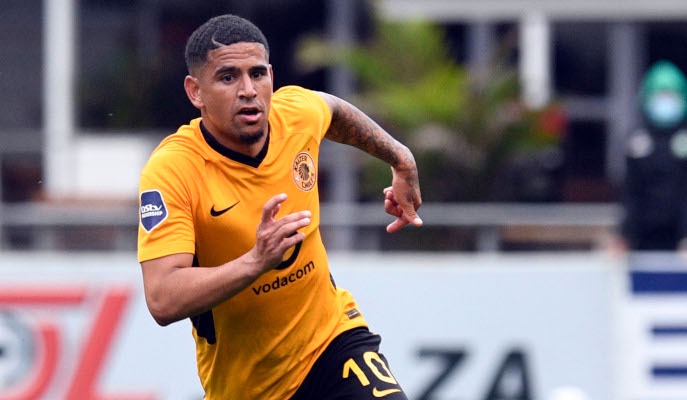 After Luvuyo Memela had opened the scoring, Keagan Dolly's first goal for Chiefs guaranteed that the game ended in a tie. Usuthu and the Amakhosi are now seventh and eleventh in the league rankings, respectively.

From the start, Usuthu dominated possession, with Amakhosi content to sit back and play on the counter, taking use of their speed on the flanks, where Khama Billiat and Keagan Dolly were operating.

Billiat sent Dolly through on goal after a fast play on the edge of the AmaZulu box, but the former HSC Montpellier winger's attempt was excellently blocked by goalkeeper Veli Mothwa in the 22nd minute.

This acted as a wake-up call for the hosts, who had a golden chance to score in the 27th minute when Sandile Khumalo found himself unmarked in the area, but goalkeeper Daniel Akpeyi expertly stopped him.

With the halfway break nearing, Chiefs poured pressure on AmaZulu, but Mothwa was in fine form, making a stunning stop to deny Bernard Parker from close range before tipping Billiat's thunderous drive over the crossbar.

When Keagan Buchanan set up Memela, who handled the ball superbly before striking past Akpeyi to give AmaZulu a 1-0 lead in the 48th minute, Amakhosi were forced to rue their missed opportunities from the first half.

Usuthu did not sit back after taking the lead, as Akpeyi was called upon to make a number of saves, including a fine stop to deny Memela from close range, as well as a powerful strike from Thabo Qalinge.

With Phathutshedzo Nange and Dolly both being denied by Mothwa in the closing stages, Chiefs dutifully inserted Lebogang Manyama as the visitors attempted to snare a late equaliser.

Manyama was eager to have an influence on the game, and in stoppage time, Chiefs were granted a penalty after his cross was controversially touched in the box by Tapelo Xoki, and Dolly converted the resulting penalty to ensure a 1-1 draw.