According to AP sources, UEFA is considering a four-team season opener.

European soccer could earn the Opening Four instead of the Final Four. According to those familiar with the talks, UEFA has proposed launching a mini-tournament to kick off the season with four Champions League teams. Because they were not authorized to discuss private conversations, they talked on the condition of anonymity. The debate comes after UEFA decided to hold off on altering the Champions League final matches by replacing the two-leg semifinals with single matches held in the same venue as the final. The idea was put to the test in 2020, when the quarterfinals and semifinals were combined into a single game before the final due to pandemic scheduling concerns. All of the games were held in Lisbon.

However, because stadiums were vacant during the epidemic, there was no need to accommodate diverse types of spectators in the Portuguese city at the time. With so many teams' fans in one area, infrastructure may be strained, limiting the number of cities that may host a Final Four tournament. UEFA might explore holding the event outside of Europe by creating a four-team pre-season tournament, with the United States being a popular choice. Because clubs regularly travel across the world on pre-season tours, venturing further away from home may face less opposition. 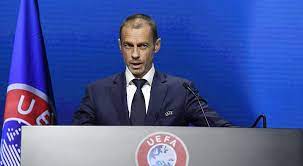 It would have to be profitable enough for clubs to send strong squads to compete in the mini-competition, which would allow elite teams to play for a trophy more frequently. One alternative is to choose the four teams who finish first and second in the 36-team standings, which will replace the eight groups of four in the main phase of the Champions League starting in 2024. In the new system, the top eight teams qualify automatically for the round of 16, giving clubs an incentive to chase points until the eighth and final round in order to secure a top-four spot.

Because of the four-team format, the Champions League victor is unlikely to compete in the Super Cup in August. One suggestion is to make the match between the Europa League and the Europa Conference League champions. UEFA already has a collaboration with Relevent Sports, which launched the International Champions Cup as a pre-season tournament to give pre-season friendlies a bigger — and more lucrative — structure. The marketing and broadcast rights for the Champions League in the United States will be sold by Relevent Sports, which is controlled by Miami Dolphins owner Stephen Ross, from 2024 through 2027. 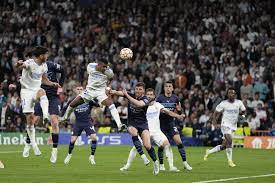