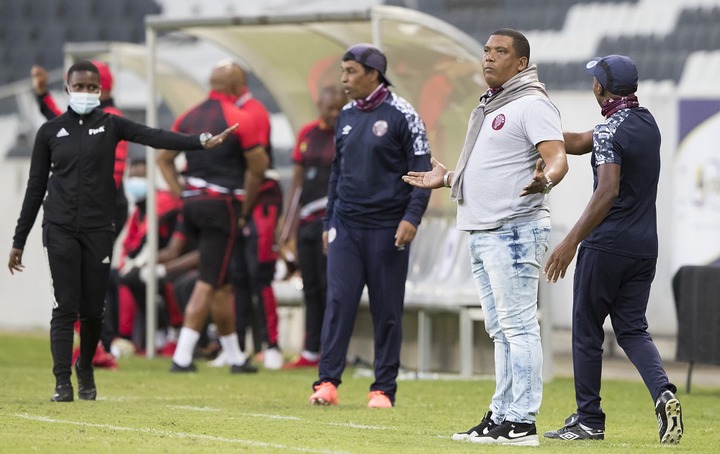 Truter was blamed for the team's poor performance under his control as they were losing most of their games.

Brandon Truter, the recently fired Swallows head coach, has blasted out at his critics and promised to divulge all about his dismissal.

Truter told Kickoff.com, "I will issue a comment whenever negotiations with Swallows are completed."

When pushed for more information on what his statement would involve, Truter said he would not hold back.

"It's the reality. It was never the team's choice, but rather God's. Everything will be disclosed, "Truter went on to say.

"On the first day after earning promotion to the PSL, fans and the media told me that I was really not useful enough and that the team needed to find a new coach. Furthermore, I've been rumored to be getting fired every week since previous season.

"How does someone easily work like that when they do not even understand whether they'll have a position next week?

"Or the idea that my first five games so far this season were Pirates victory, Royal AM victory, AmaZulu draw, Cape Town City tie, SuperSport lose, and then I'm suspended or put on'special leave,' as they put it.

"So where was the faith and belief in me when this happened?

"There are fundamental concerns that led to my dismissal."

Truter is thought to be getting attention from a number of GladAfrica Championship teams.

Do You Remember Security Guard Lady Who Stole R4m in 2019, She Finally Gets Caught