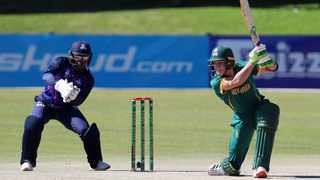 Johannesburg — South Africa may have been eliminated in the Super League quarter-final of the Under-19 Cricket World Cup to England in Antigua on Wednesday, but star batter Dewald Brevis emphatically announced himself on the world stage.

The 18-year-old played in all four of South Africa’s matches and managed three 50s and a century for an incredible 362 runs at an average of 90 and a strike rate of 86. Currently, he tops the scoring charts, 87 runs ahead of the next best batter.

His exploits and similarity to SA legend AB de Villiers have led to Brevis being nicknamed ‘Baby AB’. Indeed, Brevis can score in any area of the field often highlighted by perfect timing and elegant stroke play.

The difference between the two players though, is that Brevis is a genuine all-rounder as he bowls some accomplished leg spin.

Though South Africa began the tournament poorly in Group B, with a 45-run loss to India on January 15 in Providence, Brevis still excelled. Chasing 233 for victory, Brevis batting in his number three position was in from the first over as South Africa lost their first wicket. Brevis was able to anchor the innings for a resolute 65 from 99 balls.

However, the next best score was 36 from George van Heerden and their efforts proved in vain as they were bowled out for 187. Brevis also contributed with the ball in the clash, taking 2/43.

Against Uganda in the next match on January 18, Brevis scored the majority of his side’s runs with 104 from 110 deliveries, with 11 fours and two sixes. Despite his top knock, South Africa could only manage a below-par 231/9. Uganda, though, was no match for the South African bowling attack as they were all out for 110. Again, Brevis was also on the wickets with 2/18.

A knock of 96 followed for Brevis against Ireland in their final group match on January 21 in Tarouba. This time he was well-supported with Van Heerden scoring 111 as South Africa posted an impressive 315/7. The result was a 153-run win for SA as they booked their place in the quarterfinals.

Against England, SA batted first and Brevis stood out once more with 97 from 88, with nine fours and four sixes. Again, Brevis received little to no support as the next highest individual score was just 27 as SA were bowled out for 209. 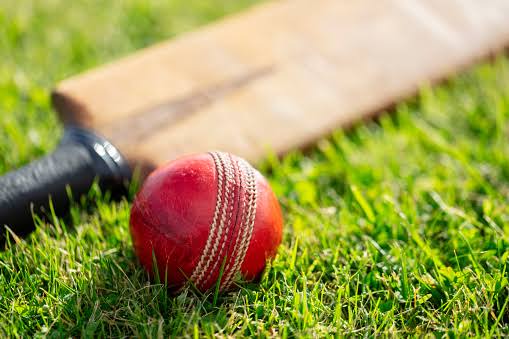 England then stole the show in pursuit of 210 to win, with opener Jacob Bethell bludgeoning 88 from 42 balls with an incredible 16 fours and two sixes. Brevis managed 2/40, but SA’s total was never really going to challenge England as they eased to a six-wicket victory with 112 balls remaining.

While SA relies heavily on Brevis, in what was ultimately an unsuccessful World Cup campaign - it surely can’t be long before the young batter begins his journey with the senior team.