An ANC heavyweight and MKMVA veteran, Carl Niehaus was spotted enjoying with his love today ahead of the welcome prayer for Jacob Zuma in Durban. Carl Niehaus announced on Twitter that he is in the company of the love of his life, and they have come to facilitate with their hero, Jacob Zuma who was briefly incarcerated before he was granted parole. It should be noted that Carl Niehaus was among the resolute and bold ANC members who fought for Jacob Zuma using the media and everything at their disposal. At that time, he too was battling with various court cases, Summary dismissal from Luthili house and suspension from the ruling party. Carl posted today, “My darling love @nolie_mdluli arrived this afternoon in Durban to join me tomorrow at the National Welcome Prayer for @PresJGZuma. Right now, we are having a lovely romantic dinner”. 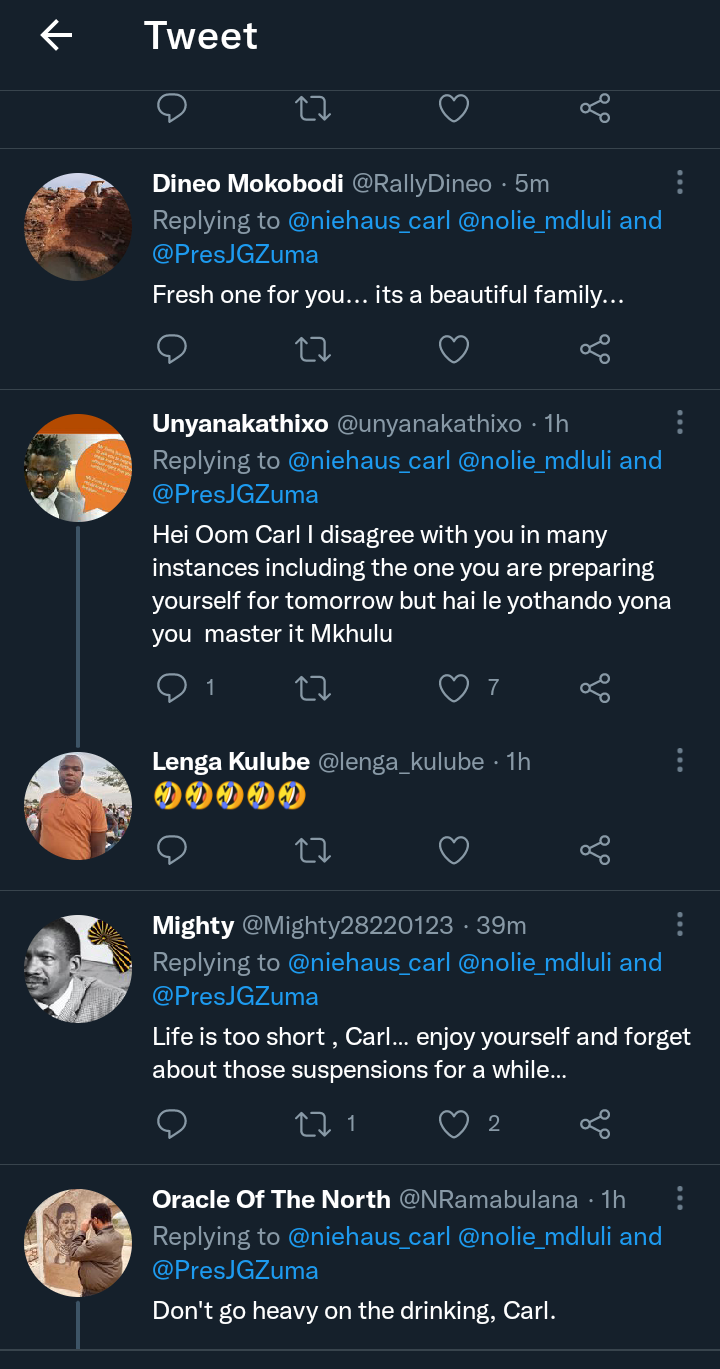 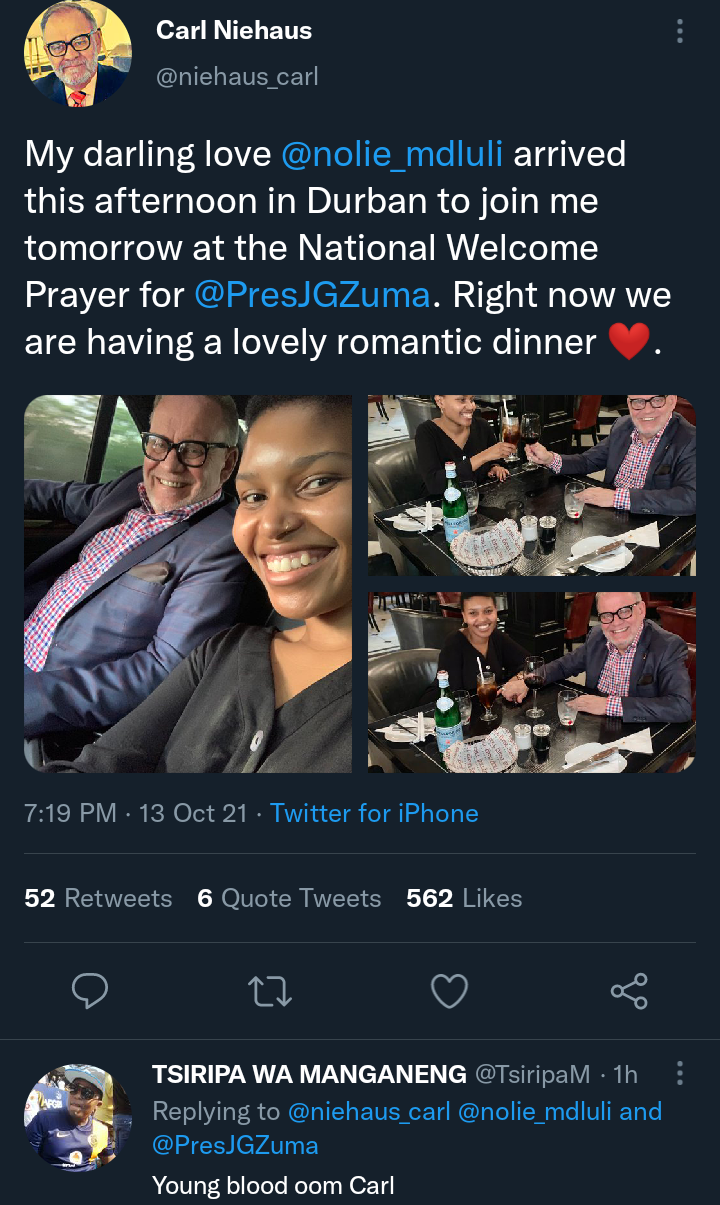 Many people from all walks of life according to reports will be attending the prayer and welcome ceremony. The large crowd being expected made them to choose a large and spacious place. Carl Niehaus said that they are preparing for tomorrow while chilling out in one of the most expensive bars in the neighbourhood. Several people have been commenting on the pictures posted by Carl himself. A follower on Twitter said to the politician, “Hei Oom Carl I disagree with you in many instances including the one you are preparing yourself for tomorrow but hai le yothando yona you master it Mkhulu. If she makes you happy, Carl, then who are we to say this and that. After all, you also deserve happiness same like the rest of us”. Another person commented, “Carl, the blacks and Somali are at war in Gqebera, please can you leave the restaurant and come down to help, your country needs you”? It is no longer news that Carl Niehaus is a very controversial figure in the ANC. 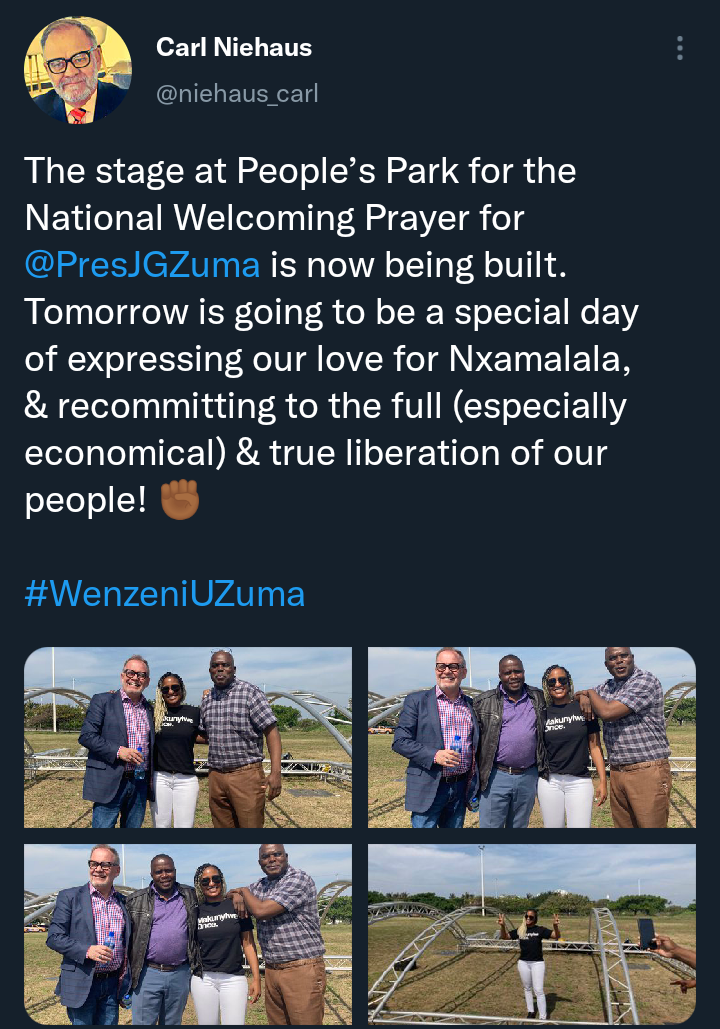 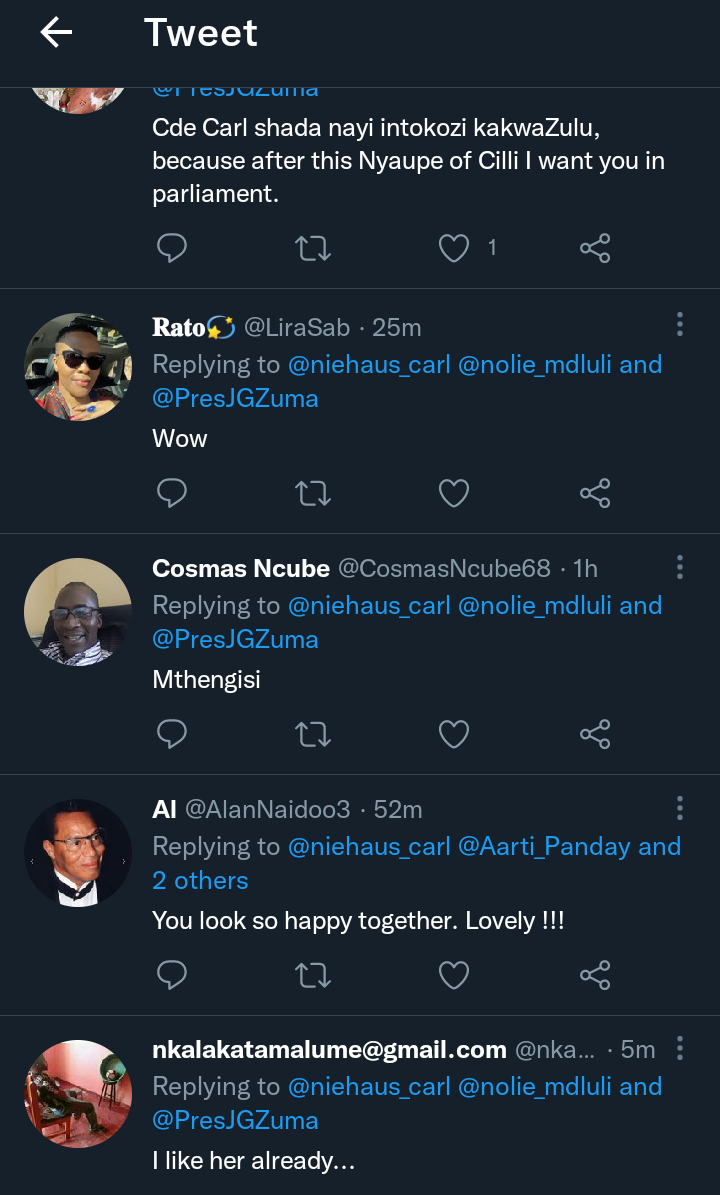 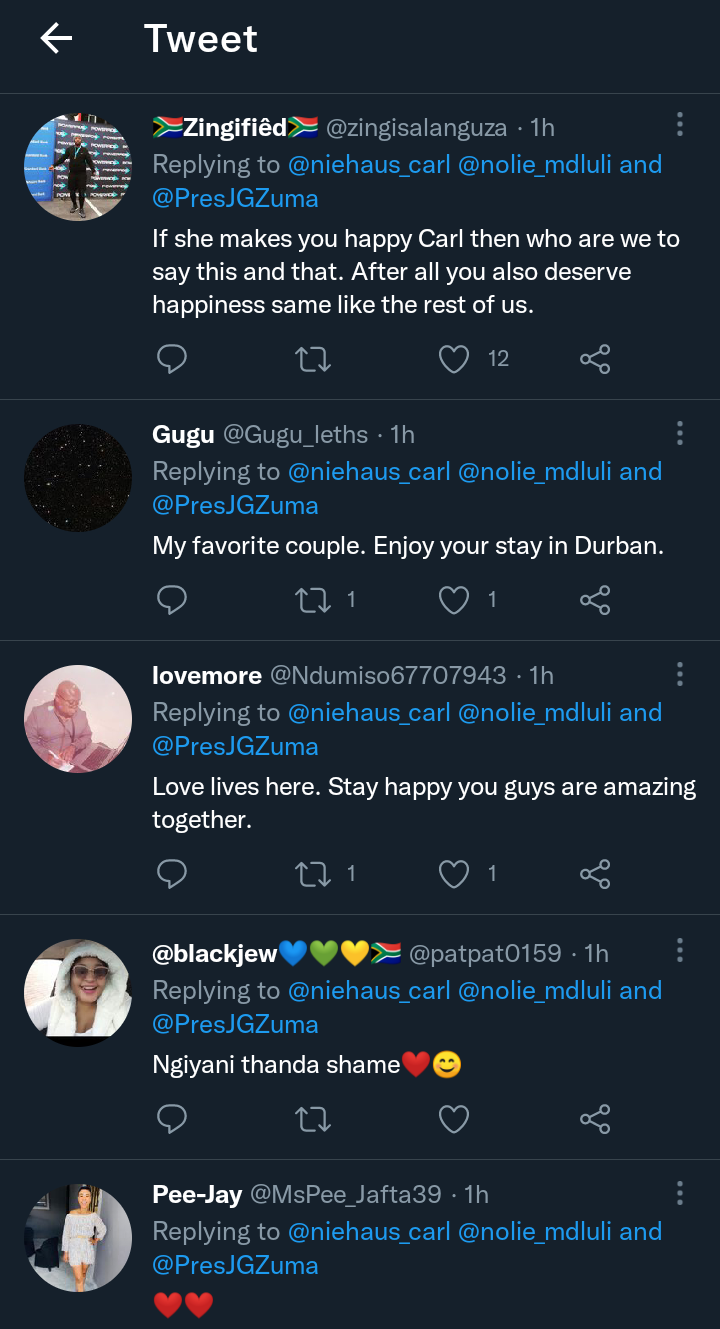 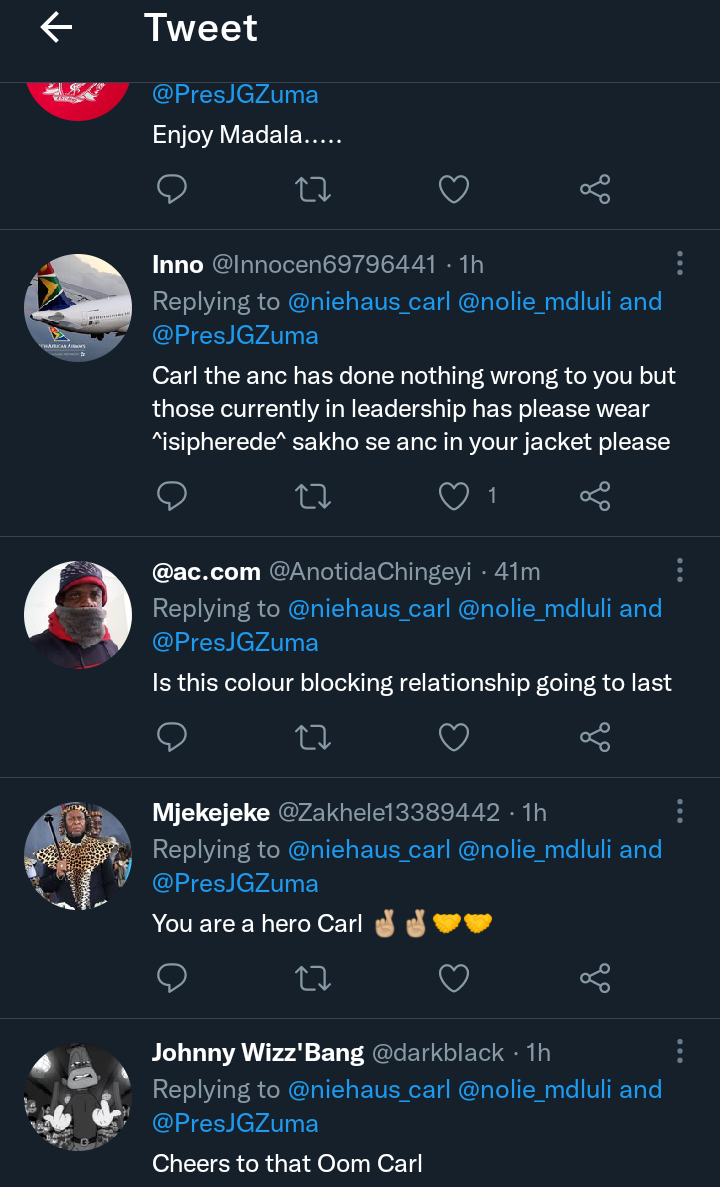 Many followers and supporters of President Cyril Ramaphosa have often clashed with him on Twitter, saying that he is too factional. They said that he is one of those dividing the ANC with his RET faction. Carl Niehaus earlier stated, “The stage at people’s Park for the National Welcoming Prayer for @PresJGZuma is now being built. Tomorrow is going to be a special day of expressing our love for Nxamalala, and recommitting fully (especially economical) and true liberation of our people!”.