The Kaizer Chiefs football team's 2022–23 DStv Premiership campaign got off to a poor start with a 1-0 loss to Royal AM, a team they have yet to defeat in the top division.

Chiefs fell to Royal AM for the third time in a row, falling to them 1-0 for the second time in Royal AM's home stadium (they also lost to Royal AM 1-0 on the road previous season). 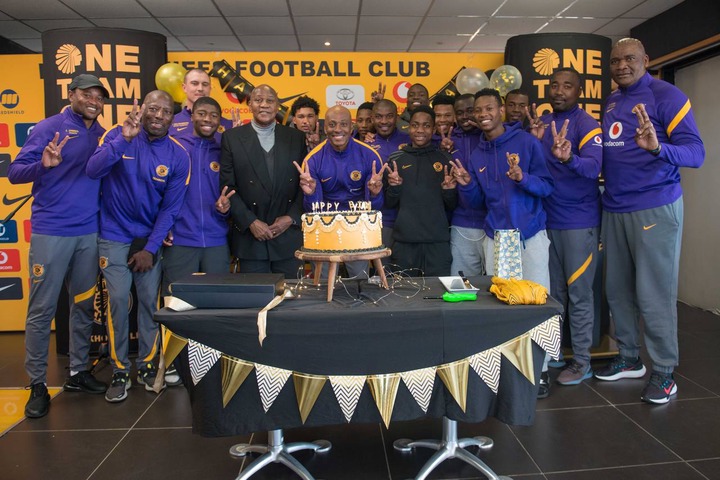 The Soweto-based giants' loss to Royal AM was disappointing, but it was only the league's first game, giving the Naturena-based team 29 more chances to make an impression in the just-started season.

The team will compete against Maritzburg United on Tuesday before moving on to take on Mamelodi Sundowns, the DStv Premiership championship contenders.

The team remained upbeat on Monday in anticipation of their meeting against Maritzburg United on matchday 2, despite the fact that their match against Royal AM on Saturday was neither an accomplishment nor a cause for celebration. Chiefs

For the giants with headquarters in Soweto, August 8th was a fantastic day. The birth of Kaizer Motaung Junior, who becomes 41 years old on August 8th, was a gift from Kaizer Motaung's wife Valeta.

Sporting Director Kaizer Motaung Junior, 41, joined the organisation. Along with the former club striker's family, the technical staff, coaches, and coaches of the club commemorated the important day.

The ex-striker is wed to Katherine Heider, and the two have a son named Tyler Rhys Motaung. The event is a joyous occasion before the sporting director and the rest of the crew must anticipate some extremely competitive contests.

Mamelodi Sundowns, Richards Bay FC, and Cape Town City FC will come after Maritzburg United on the club's list. To celebrate the sporting director's birthday, Arthur Zwane must at the very least win the team's next game.