Chelsea were defeated 3-2 by West Ham United in the English Premier League on Sunday. It was Chelsea's second defeat of the season. Thiago Silva scored a header from a Mason Mount corner in the 29th minute to give Chelsea the lead in the early Saturday afternoon kickoff.

West Ham answered 11 minutes later with a penalty kick from Manuel Lanzini, who had won the penalty earlier in the game. Following a sloppy backpass from Jorginho, Edouard Mendy was able to bring Jarrod Bowen to the ground. Chelsea's lead was restored in spectacular fashion, with Mount converting a low cross from Hakim Ziyech with a stunning side-footed volley into the corner for his second goal in as many outings for the Blues. Bowen's low shot from the edge of the area restored parity once again before Arthur Masuaku's incredible 87th-minute goal sealed victory for the visitors. A left-footed cross-cum-shot beat Chelsea goalkeeper Edouard Mendy at his near post after Masuaku collected the ball wide on the left. The result sent the Hammers fans into raptures.

The following are two things we took away from the interaction.

1. The fact that Chelsea has suffered a second loss this season demonstrates that any team can be defeated by virtually any other squad.

This suggests that there is no such thing as a little team in the Premier League of England. So far this season, every side has suffered at least one defeat, and we haven't even reached the halfway point of the league.

2. West Ham is a competitive team: This season, West Ham United has demonstrated that they are not a team to be taken lightly. 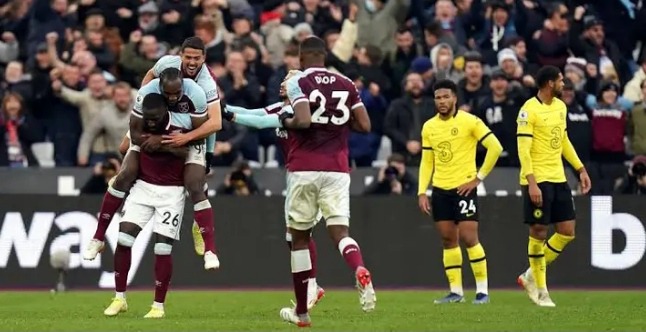 As they did against Chelsea, West Ham defeated Liverpool by the same scoreline, demonstrating that they are a competitive team. The Hammers never gave up, even when they were down; they fought as a unit and came away with a victory.