With Ronaldo As Lead Striker, Here Is How Man Utd Can Lineup Without Pogba And Greenwood - Opinion

By Topnews (self media writer) | 25 days ago 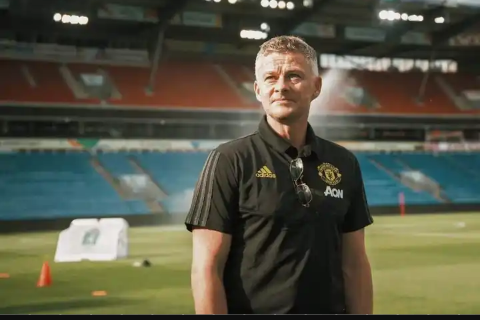 Manchester United will face Manchester City in tomorrow's derby at Manchester at Old Trafford. It will be a great game for Ole Gunnar Solskyar's side, they are unbeaten in their last few games against Manchester City and will try to keep it up. Both teams currently have the same points, a win for each team leads them over the other.

Ole Gunnar Solskyar changed tactics after losing to Liverpool at Old Trafford, a tactic that Pep Guardiola has become accustomed to. Manchester United's defense must perform optimally against the Premier League. So Manchester United can play in the derby tomorrow. 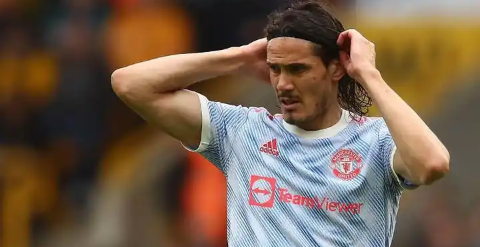 Cristiano Ronaldo and Edinson Cavani will lead the attack as they did in their last Premier League game against Tottenham Hotspur. Cristiano Ronaldo has scored four goals in his last two matches in all competitions. The Portuguese striker is inviolable in Manchester United's starting eleven, he always introduces himself to his team when he needs it the most.

Edinson Cavani would be the preferred option over Marcus Rashford and Mason Greenwood. The Uruguay striker has formed an unstoppable duo with Cristiano Ronaldo against Tottenham Hotspur, Ole Gunnar Solskyar should rejoin them. Bruno Fernandes remains the bridge between midfield and attack, he will be right behind Cristiano Ronaldo and Edinson Cavani in attack. 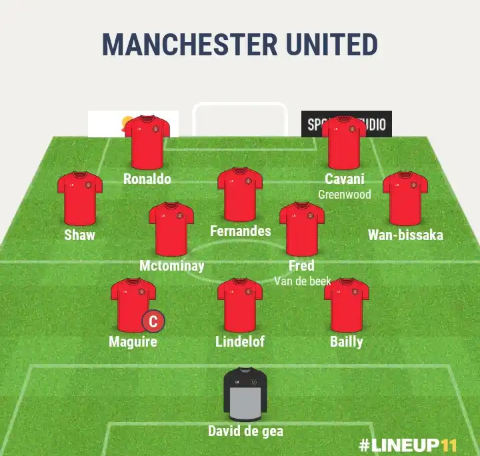 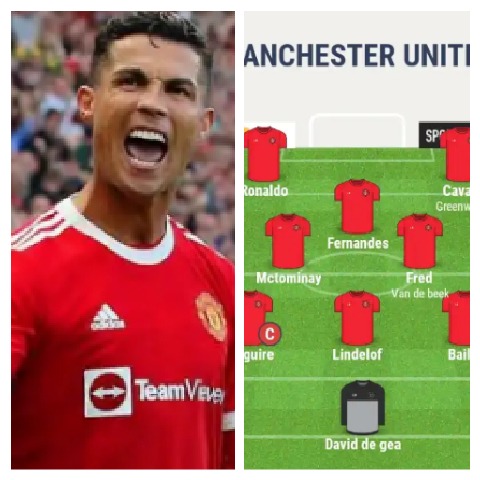 The back of the wing remained unchanged with Luke Shaw and Aaron Wan-bisaka at left and right-back respectively. I believe with these lineup, Manchester United can get a convincing win against Manchester City and move up the English premier league table.