Billiat says, "There are a lot of good players who need to play for the national team to get noticed." 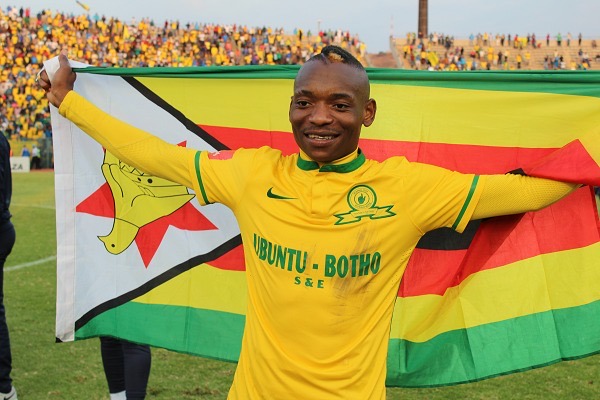 Khama Billiat, a midfielder for Kaizer Chiefs, says that young Zimbabwean players who want to play outside of their country will be hurt by the ban on international football.

This transfer window was the first time in a long time that no Zimbabwean players joined any Premier Soccer League (PSL) team.

This is because of the ban that the Confederation of African Football put on Zimbabwe. Khama Billiat, a star player for the Kaizer Chiefs, says that it hurts young players who want to move up to a bigger league.

"It's a big part of football in Zimbabwe," Billiat said. "You know, there are a lot of good players who need to be on the national team to get noticed."

"So also... It's not fair for good players who deserve to play in bigger leagues but can't because they don't get enough exposure," he said.

Billiat is one of the players who moved from Zimbabwe when they were young and became well-known in their new area. He played for both Mamelodi Sundowns and Chiefs.

At Sundowns, he had a lot of success, but at Chiefs, he hasn't been able to help the team win any trophies yet. But he hopes that they will get it right this season.

"I want to win something every season. He said, "I keep working hard for it, both on my own and with the team."

"Everything looks good, and we're ready for the season. I want to do better than I ever have in the past. I'm always trying to get better."

Billiat has stopped playing for his country, which he thinks will give him more time to focus on his career with Chiefs.

"It makes everything easier. You spend less time traveling (for national team duty), which gives you more time to rest and get better. You can now only think about the club, which helps.

Biliat says, "It was time for me to let other players try out for the national team."