Oscar de la Hoya maybe crazy in the membrane to want a rematch with Floyd Mayweather. The real scary part is that he's offering Mayweather $100 million dollars. Believe it or not? This is so ridiculous! De La Hoya was to have a match against Vitor Belfort but that didn't transpire since De La Hoya was hospitalized due to the coronavirus. De La Hoya stated that it was five days of hell for him. He has been out of action for 13 years but now wants a high profile rematch. He told TMZ, "You know who I'm going to call out for my next fight? Floyd Mayweather! I'll offer Floyd Mayweather $100 million dollars." De La Hoya insists on fighting before the end of the year. These two boxers crossed paths in the boxing ring in 2007. That match broke PPV records at that time. This match catapulted Mayweather in popularity and stature in the boxing world. Mayweather made a lot more money after that from his next several bouts. De La Hoya has been working as a promoter while Mayweather had 11 professional fights and two exhibition matches. Oscar De La Hoya had 45 fights of which 30 were by knockout. He has won 39 fights with 6 losses. 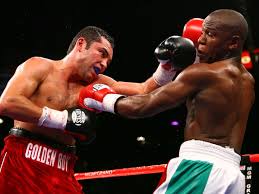 Mayweather has an impressive record of 50 matches with 50 wins. Of those matches, 27 were by knockout and impressively no losses recorded. Mayweather's net worth is $450 million dollars compared to De La Hoya who is sitting soft on $200 million dollars. By these stats, money isn't an issue but the match could be for bragging rights or just simply pride. Remember, throughout Mayweather's career, he has accumulated a fortune of $1.1 billion dollars. He's considered the richest boxer of all time not for nothing. Mayweather did tell the crowd in one of his boxing matches: "I'm the villain in boxing, but damn I'm good." 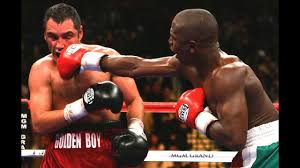