By Zaddy (self media writer) | 5 months ago 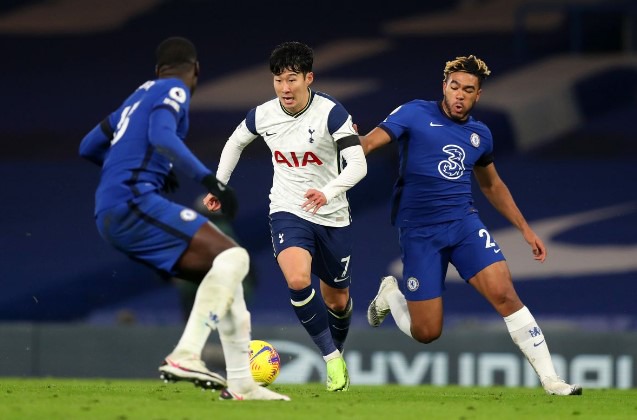 Matchweek 23 of the premier league gives us an interesting London Derby on Sunday between Chelsea and Spurs. Both Tuchel and Conte know this is a must win for both sides who are eager to finish in the Top 4 and see their teams playing Champions league football for next season. This game has managed to live up to its hype in the past where you see drama, controversy and goals, spurs haven't won at Stamford Bridge since the 18/19 season.

Life came quickly for Chelsea after losing to West Ham Utd in December, they were top of the log in December and in January they find themselves 12 points behind Man city which rules them out of the title race and they have to clinch onto the top 4 to qualify for Champions league football.

Things are not clicking for Chelsea at the moment they are trying to overcome the storm of the ''Lukaku interview'' and the injuries of wingbacks Reece James and Ben Chillwell. Besides the storms they are trying to overcome their performance on the pitch hasn't been impressive they lost to City and drew against Brighton midweek. The last time they won a league fixture was on the 26th of Dec against Aston Villa, they trail spurs who have 3 or 4 games in hand with 8points.

Besides spurs they still have to worry about West Ham and Arsenal who are both interested in finishing in the top 4, Chelsea walk in as favourites in this fixture but will Tuchel find a solution to his problems to ensure they win this one and also he has an upper hand against Spurs since he won 2 fixtures against Conte in the Carabao Cup semi final.

Life under Conte for Spurs is starting to look promising, before he arrived you wouldn't think they would be a team that will find themselves in the conversation of a top 4 race. They find themselves sitting on the 5th position in the league with 3 or 4 games in hand but that doesn't mean those points are already guaranteed for them. Spurs will be hungry to win the derby after the miracle comeback at the King Power against Leicester which saw them overturn a 2-1 loss into a 2-3 victory thanks to Steve Bergwjin. Spurs are known for chocking when it matters will their classic chocking DNA play a part in a game that can be instrumental to their season.

Conte's side is unbeaten in 9 games in the league the last time they tasted defeat in the league was against Man utd in October before the Italian was hired by Spurs. Since Conte has came through striker Harry Kane has seemed to find his confidence and scoring goals, the Italian manager will want to win this fixture at a stadium he once considered a home and finally beat Tuchel who has an advantage over him in their recent duels in the Carabao Cup.

Both sides have defensive formations Chelsea use the 3-4-3 while Spurs use the 3-5-2 it will be a tough battle and both teams will find it difficult to break each other but I promise goals will be there I just hope we wont find a boring goalless draw, for both sides it's a must win besides Derby bragging rights a win for any of these sides will be advantageous in the champions league spot at the end of the season.