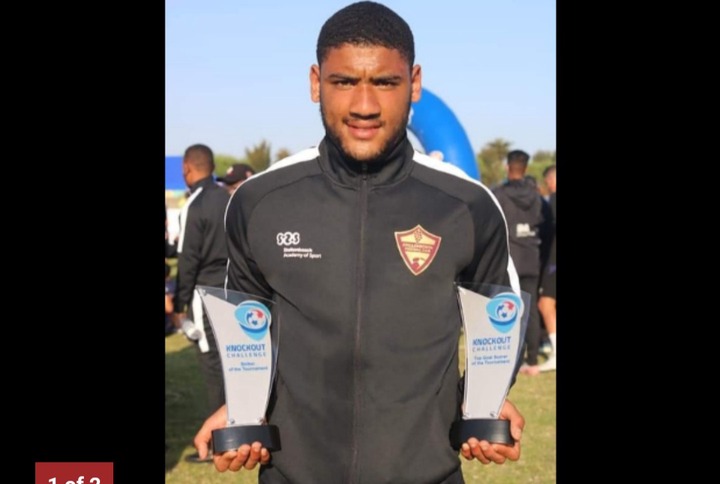 Both Mamelodi Sundowns and Kaizer Chiefs are chasing two PSL wonderkids who have just created history in the DStv Premiership.

According to the crew, Chiefs had two Stellenbosch FC kids on their radar after their impressive performances in the Cape Town phase of the tournament.

The scouts were drawn to Roy Keane Avontuur (18) and Fuad Johnson (18), who won the Striker of the Tournament award and the Top Goalscorer award, respectively.

Last year, Avontuur, a Stellenbosch native, made history by becoming the club's youngest ever debutant, making his debut against Swallows FC in a DStv Premiership match. Both Chiefs and Downs were scouting the midfielder, according to Siya sources.

Johnson, the tall striker who made headlines when he became the youngest player to sign a professional deal at the age of 16 with Highlands Park in 2020, will be remembered by many. Following the club's sale to TS Galaxy, he left to join Stellies.

Amakhosi were keeping a close eye on the striker who won the Golden Boot after hitting six goals in three games, according to Siya sources.

According to information obtained by the Siya team, both players have long-term contracts with the Cape club, implying that Downs or Chiefs would have to negotiate a transfer fee with Stellies to entice them away from the club.