Look who's taking over as Al Ahly's coach after Pitso Mosimane left the club in a surprise move. 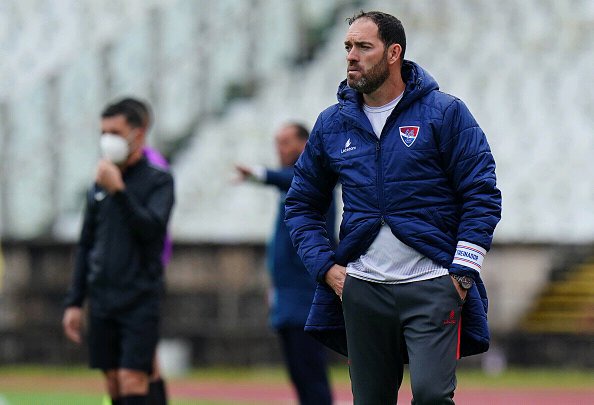 Pitso Mosimane, who was born in South Africa and worked as a coach in Egypt, said two weeks ago that he was leaving Al Ahly, which is a big team in Egypt. This is because he worked with the club for two years and did a lot of things with the club.

Many people have been waiting to find out who will be the next coach of Al Ahly.

Al Ahly, a big team in Egypt, has officially announced who will take over as coach from Pitso Mosimane, whose sudden departure two weeks ago shocked many.

The Red Devils have confirmed that Ricardo Soares, a Portuguese tactician, will replace Mosimane as the club's head coach. Mosimane recently decided to leave the job.

Many people think that Ricardo Soares won't do as well with the club as South African-born Pitso Mosimane did, even though he was criticized by many club legends and some club fans.

Are MphoWaBadimo and Nthabii no longer friends? Here is what we know

GogoSkhotheni: Viewers Want To Know What Tumi Was Holding, See This

Zama Zamas are out in their hundreds around Germiston, Brakpan, Springs, Golden Drive and Putfontein

I am plastic, Khanyi Mbau slams people mocking her

Man explain why modern women will forever struggle on relationships, his answer will shake you

Photos you have to look at twice, these pictures are confusing