Due to injury, the Red Devils were without Romelu Lukaku and Eden Hazard, while Kevin De Bruyne was the only name on the bench. The Azzurri, meanwhile, chose to rest Jorginho, Marco Verratti, and Lorenzo Insigne. 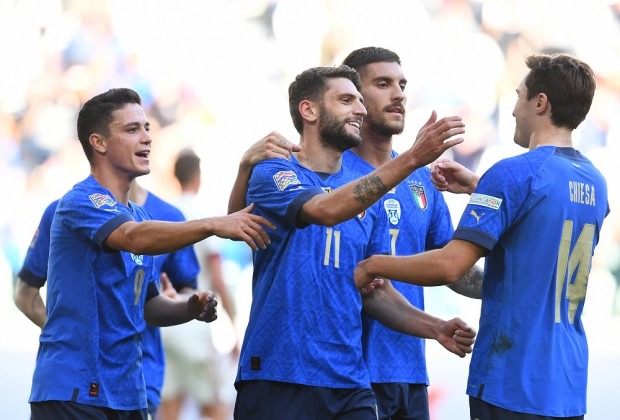 In the 18th minute, Domenico Berardi came close to giving Italy the lead with a deflected effort from outside the box that had Thibaut Courtois scrambling, but the Belgian made a wonderful reaction save.

After that, Roberto Martinez's team started to get into the game, and Alexis Saelemaekers came the closest to breaking the tie in the 25th minute with a curling strike inside the area thThe game was flowing in the latter minutes of the first half, and Federico Chiesa had a wonderful chance to put Italy ahead on the stroke of half-time after a through ball over the top, but Courtois made a critical save in a one-on-one situation, and the opening stanza finished goalless. 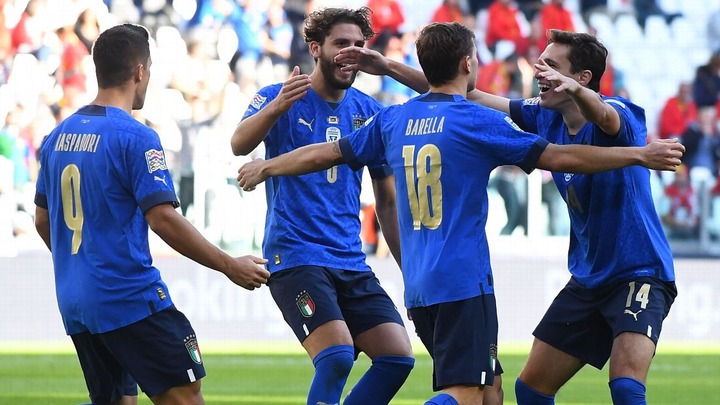 The Azzurri got off to an ideal start in the second half after Nicolo Barella broke the deadlock with a lovely low volley inside the area two minutes after the halftime break after latching onto a corner rebound.at came off the crossbar.

After coming on in the 60th minute, Charles De Ketelaere made an immediate effect, teeing up Michy Batshuayi inside the box, who immediately broke the underside of the crossbar with a drive from a tight angle.

After Chiesa was hauled down in the 63rd minute, the Azzurri were awarded a penalties, which allowed Berardi to extend their lead with a brilliant strike from 12 yards out.

De Ketelaere pulled a goal back three minutes before time, sliding a low strike between the legs of shot-stopper Gianluigi Donnarumma, but it wasn't enough as the Azzurri hung on for third place on the podium.

Both teams created god chance but it was Italy who secured the wim at the end of yhe game.

Stuck for cash: Birch cashes in on ‘jammed in doorways’ videos

They need help to rebuild their home.

She Grew Her Nails To 12 Inches Long