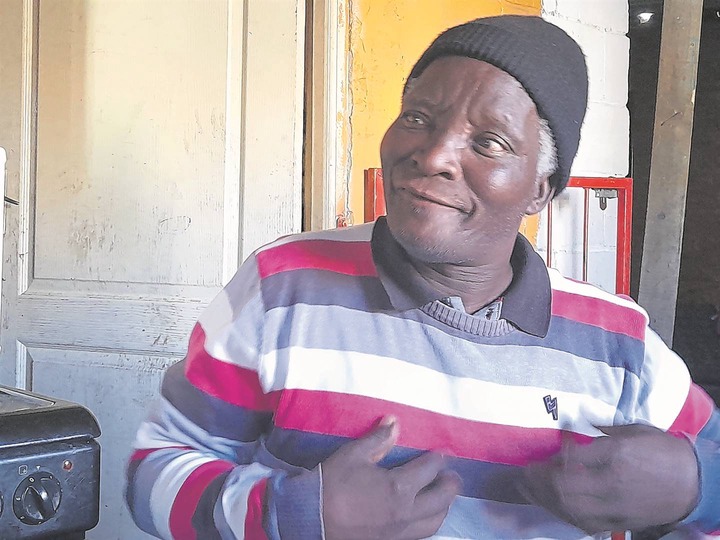 A crowd nearly assassinated MKHULU Mbuyiseli Tafeni (59), accusing him of setting fire to a shack and killing his wife and four others.

This comes after his wife, Nosimphiwe (53), their child Aphelele (17), and two grandchildren, Nkazimlo (5) and Melokuhle (3) were all killed in a house fire on Sunday, May 15th.

The madala from Site B in Khayelitsha, Cape Town, said he was awakened by a knock while sleeping. Two men told him to get dressed as they were about to kill him when

he opened the door.

The mafia allegedly told him that when his late wife's neighbor heard her shout out Mandala's name while the shack was on fire, he burned it down.

"We've come to kill you because you burned your wife alive," they said. I was taken aback because I had no idea my wife had died.

"I had no idea where she was residing," he admitted.

They split up two years ago, and she was living in a squatter camp in France, around 3 kilometers distant.

He claimed the mob insulted and assaulted him as they drove him to where his wife died.

A police van was already on the scene when they arrived, and residents told cops to arrest him. He was brought to a police station.

I'm hurt. Why would I kill my child and grandchildren even if I killed my wife?" madala said.

"Of all the things that Mbuyiseli can do, killing is not one of them," Nosimphiwe's sister, Zanele Gqomfa (49) stated.

The cause of the fire, according to Captain Frederick van Wyk, is still unknown.