By University_of_news (self media writer) | 24 days ago

South Africans are well aware that Julius Malema and the Economic Freedom Fighters (EFF) have long called for African unity under the United States of Africa umbrella.

Because he believes that all black people, regardless of where they live in the world, should have each other's backs, he has gained a lot of respect and love.

However, if something appears to be too wonderful to be true, it is most likely too good to be true, or it may simply be rotting. That is the situation with a well-known EFF member who recently exposed how he, and most likely the EFF, promote child trafficking.

Sentletse Diakanyo, a well-known EFF member, has been called out for his nonsense and vile desire to assist child trafficking by a White South African woman. The white lady, simply known as Natasha, does not tolerate prejudice or selective evil of any type, which is why she is known to criticize most politicians.

Natasha posted screenshots of Sentletse's tweets on Twitter, according to her post. She alluded to a story that Rihanna's Beauty line was under investigation in India for child labor.

Unfortunately, Mr Sentletse misquoted the image, adding, "Tell the Families of Child Laborers where they can receive their next meal if their children are not working." Although the EFF claims to despise children's suffering, the tweet only refers to African children. 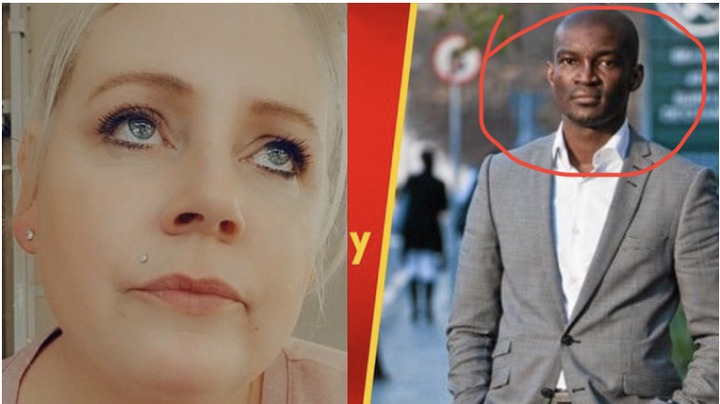 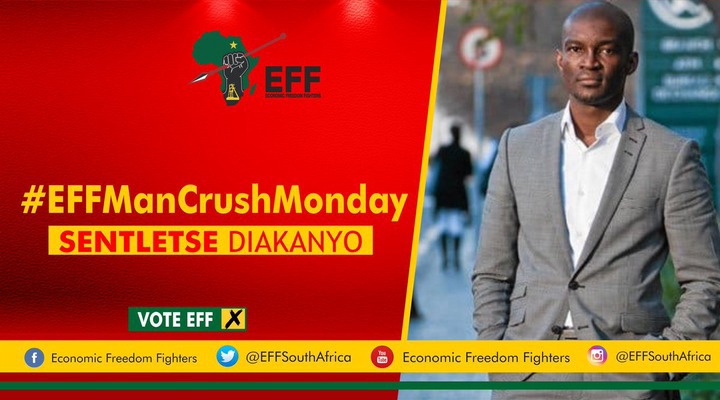 This clearly enraged Natasha, who responded to Mr Sentletse's tweet by exchanging words with him, highlighting his hypocrisy and hatred for the white race. He just serves to highlight the reality that, despite their good intentions, the EFF is racist, just like the white people they often accuse.

She went on to say that the EFF member was allegedly involved in child trafficking and supported it. If he backs it, she claims, he's somehow complicit. 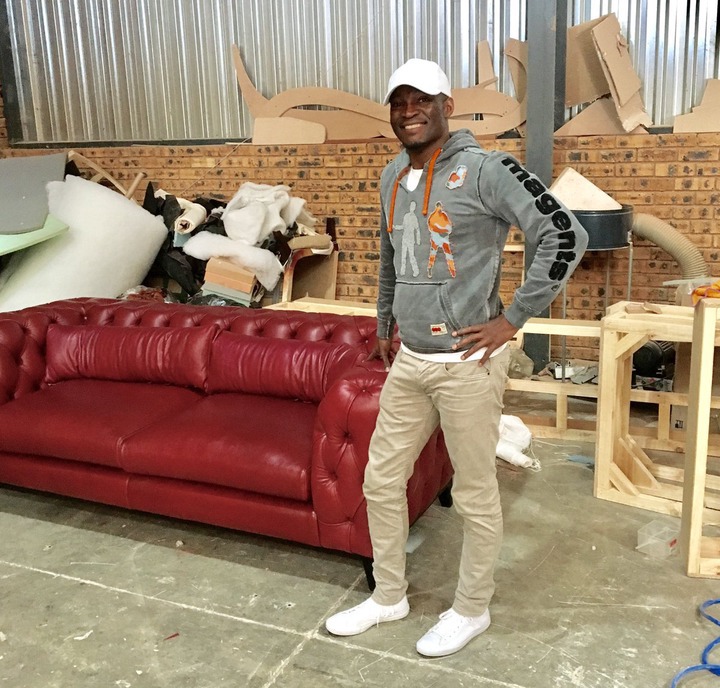 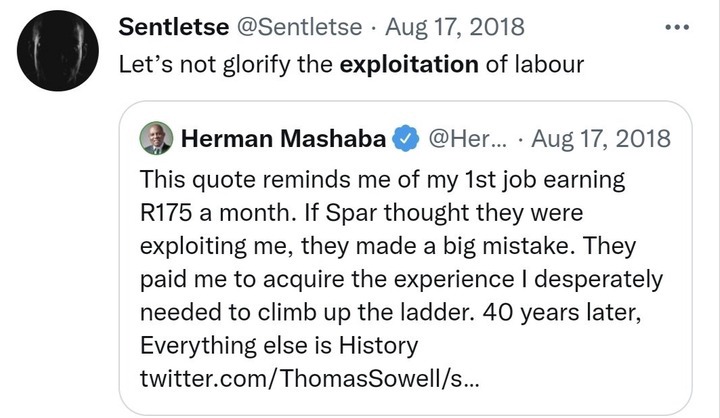 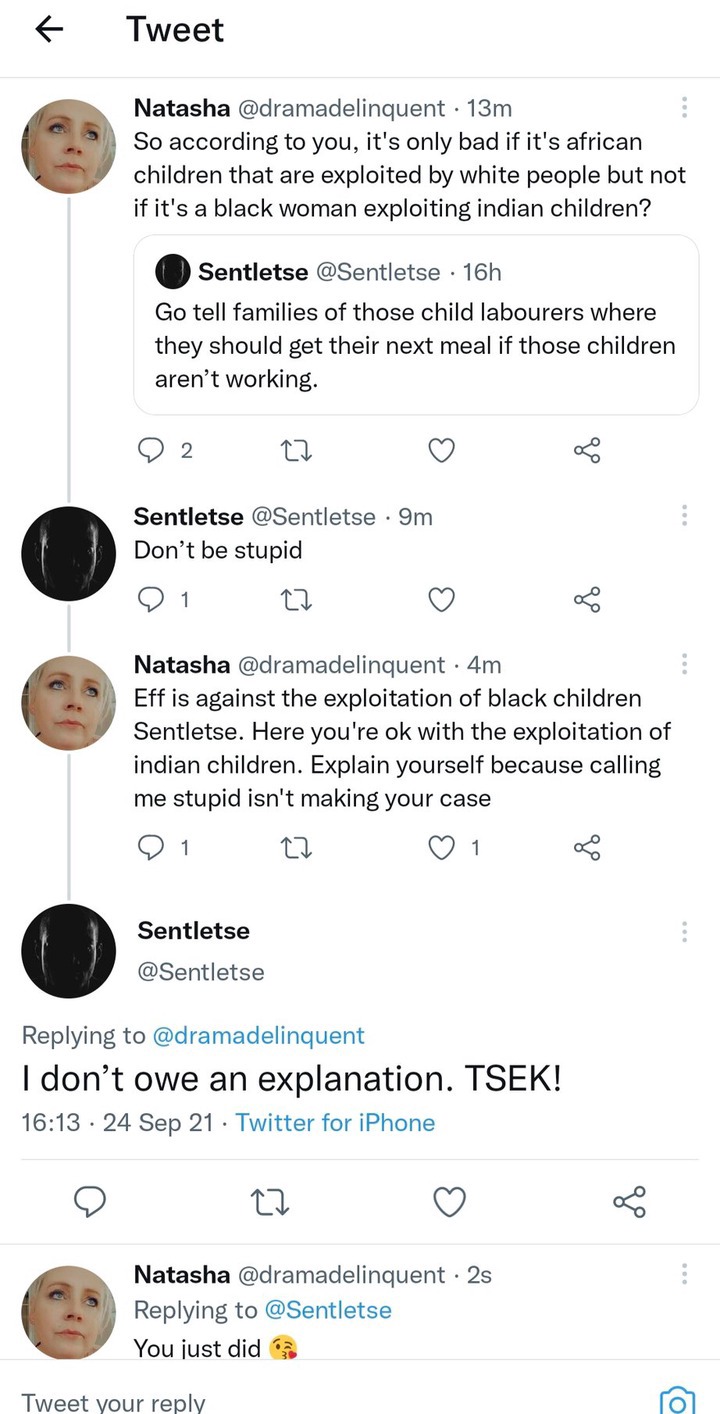 Furthermore, several people have stated that they will no longer vote for the EFF, while others have chosen to drag and ruin Sentletse's company.

Yes, he is well-known for owning a large furniture, sofa, and mattress business that manufactures and sells to the rich and famous, as well as the common man. 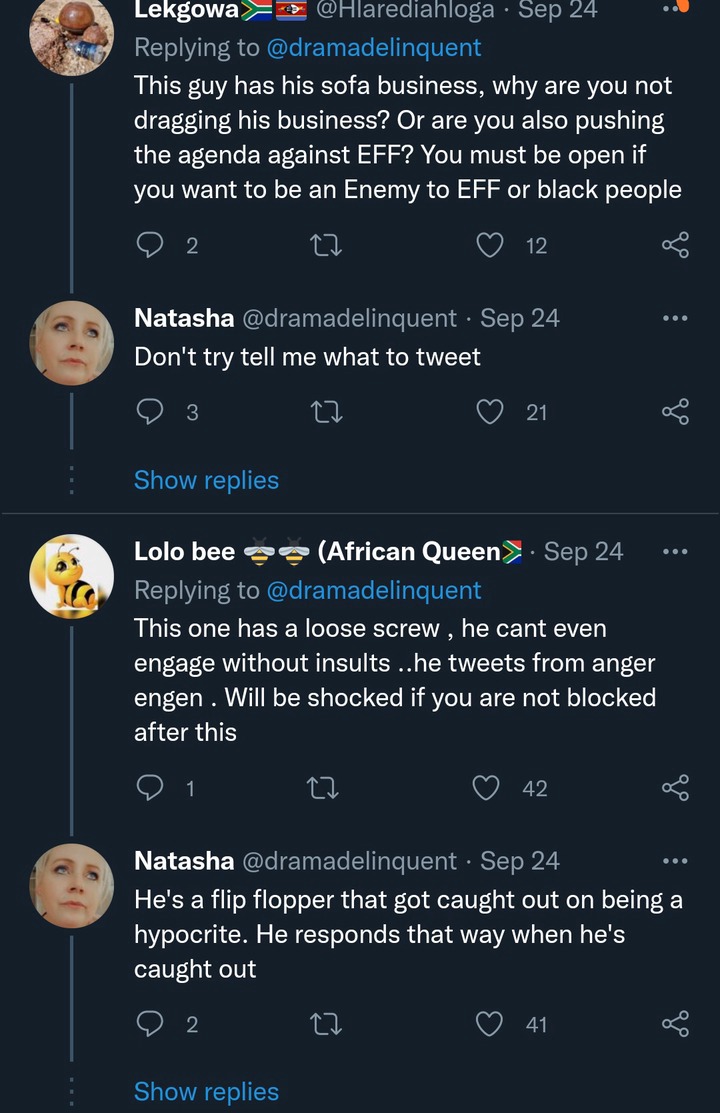 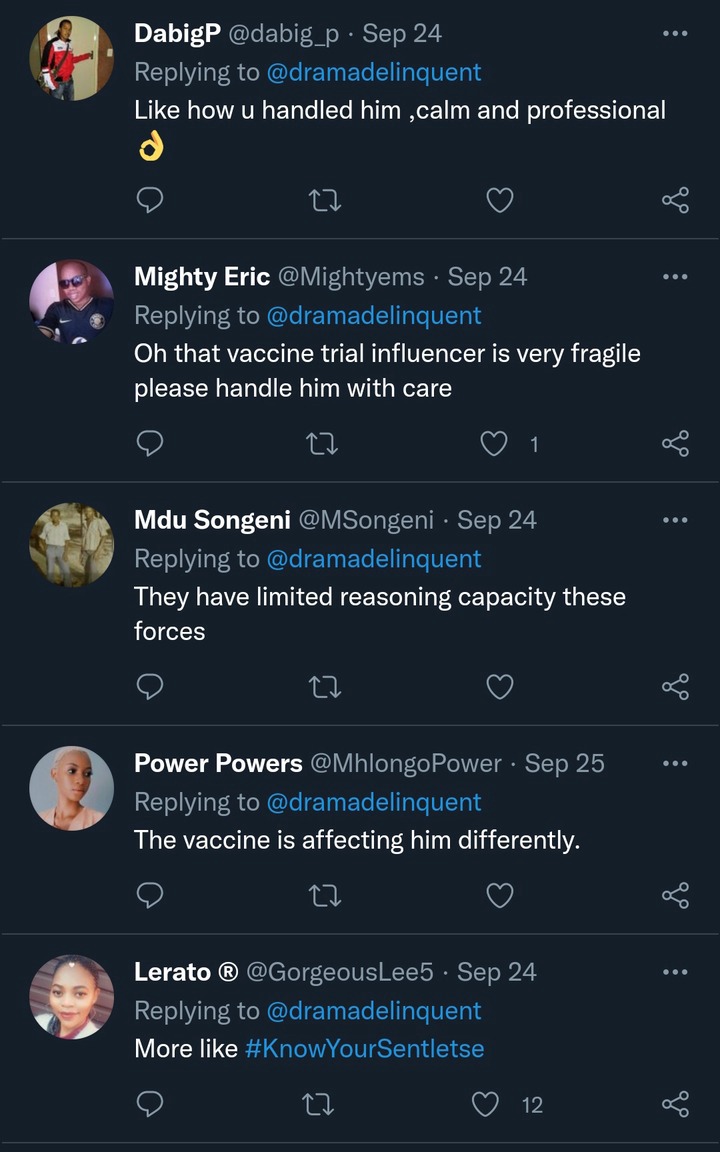 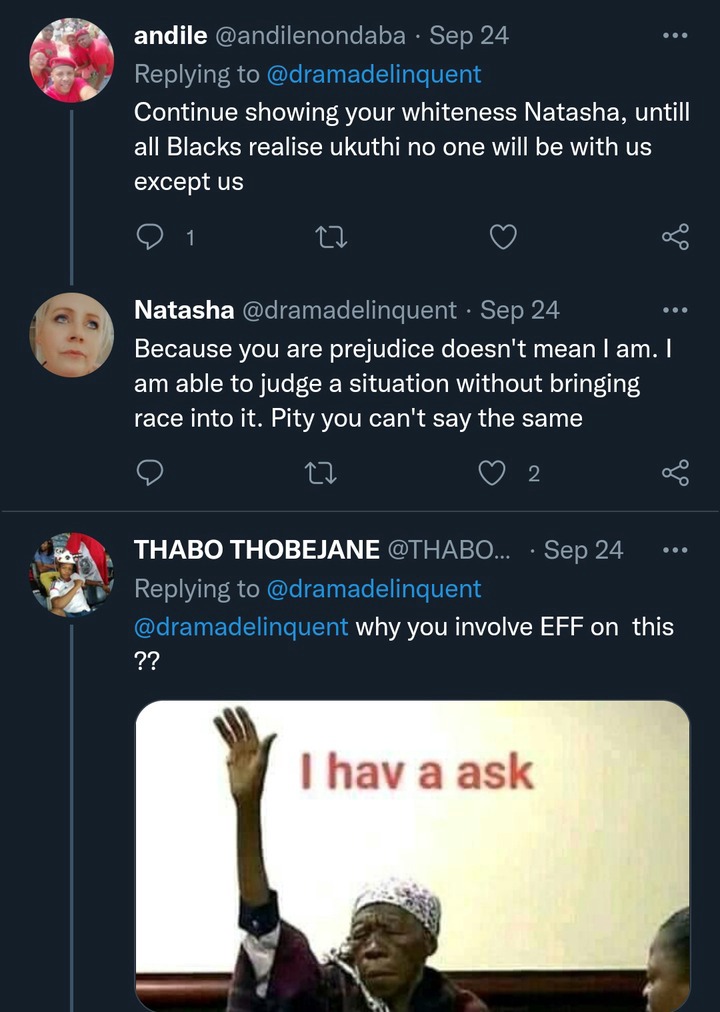 So, what are your thoughts on the subject?

Please leave your opinion in the comments section below, like/share this story, and remember to follow f