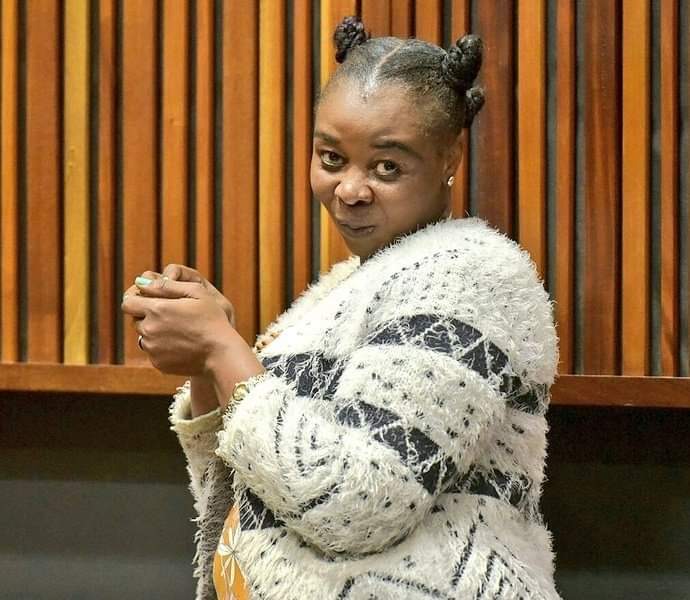 Rosemary Ndlovu, the former Constable who is facing multiple charges of murder, attempted murder and fraud is once again appearing in court to be cross-examined about the charges she is facing. 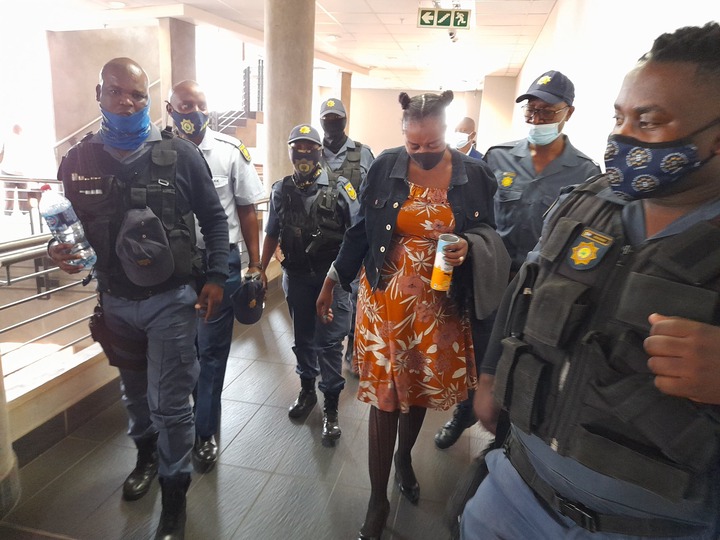 Last week, she made headlines when she started behaving like someone who is mentally disturbed. She was showing her behind on camera, posing for pictures, and flirting with journalists.

Other than that, she deviated from answering questions in court and later pretended to be sick, then threw food at journalists when she was accompanied by cops to the state police vehicle.

She is in the dock again but this time, the court refused to entertain any more of her shenanigans and decided to cuff her feet. While entering the dock, Ndlovu walked slowly, hiding her chains with a fleece. 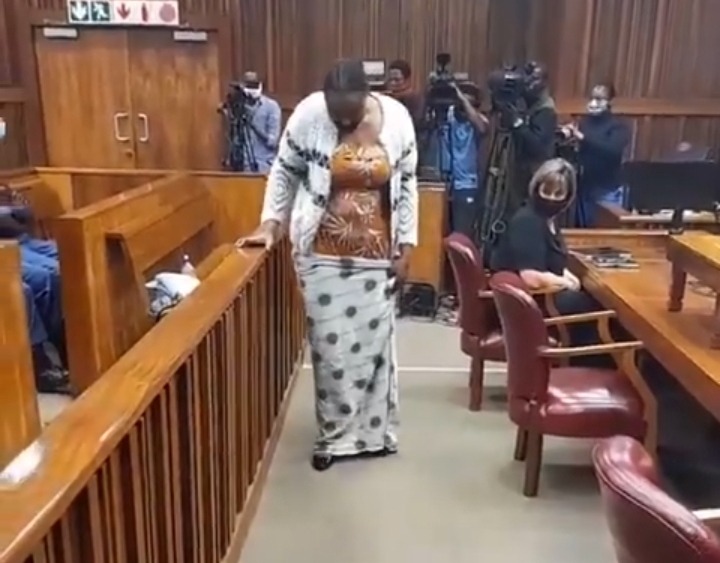 One would wonder if there is a salon in jail as Ndlovu has arrived with a different hairstyle once again. There could be, as part of inmates' rehabilitation so they could acquire new skills that they could use once released. 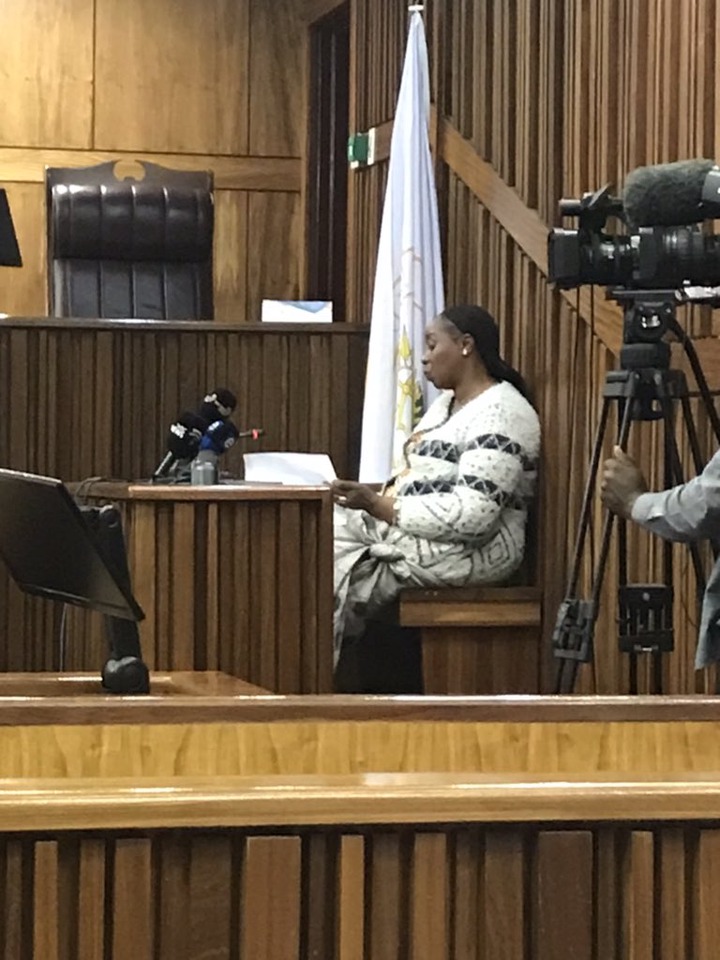 Sadly for Ndlovu, the time for her games is over, and now she must answer questions regarding the murders she allegedly orchestrated. It has been revealed that she had less than R2 in her bank account before her boyfriend's death (Maurice Mabasa) as she was getting paid R7000 as a Police Constable. However, following her boyfriend's death, she had a fat bank account of over R400 000. 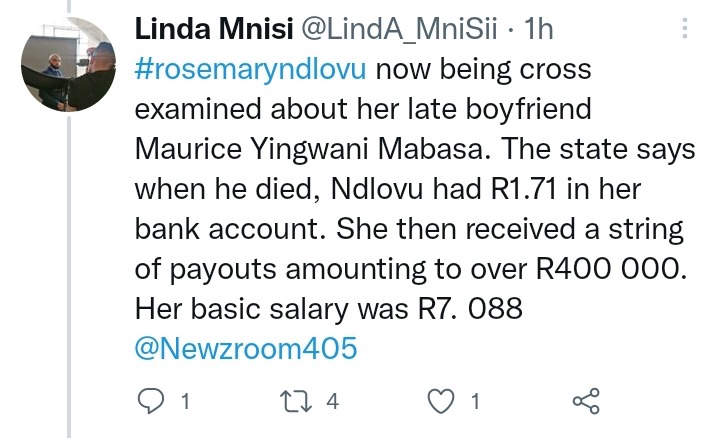 When showed pictures of her late boyfriend again, she burst into tears. This is the third time that she cried when questioned about Mabasa, who was found dead with 80 stabbed wounds. 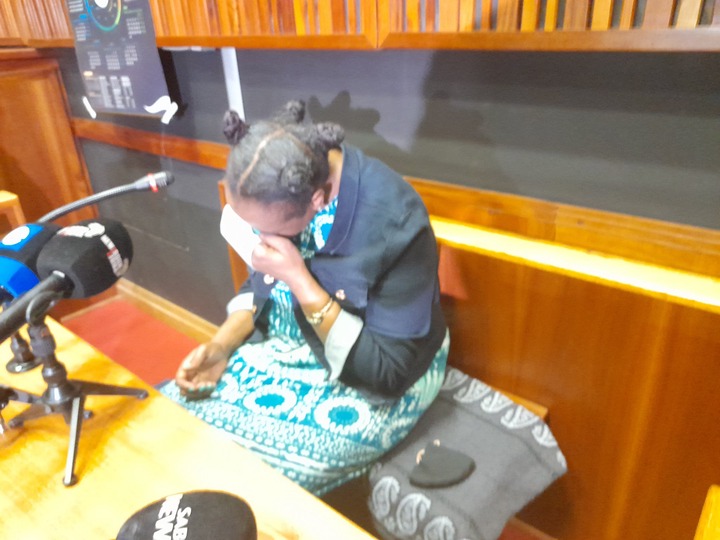 According to the public's opinion, Ndlovu deserves to be chained because of her performance last week because she continued to play the mentally disturbed by card. Others are saying that she is acting like a sick person and will eventually apply for medical parole.

Ndlovu could be acting because she continuously displays a weird character in court. However, at this stage, it seems that reality has kicked in. Now that she is walking in chains and trying to hide them, she has proven to be a sane person who is ashamed of how the public will see her.

She appears to be in distress, which could be the effects of the avenging spirits.

Considering how she attacked officers when they escorted her to the police Vancouver and how she allegedly plotted to kill the investigating officer even behind bars, police officers that are escorting her should not carry with them loaded guns, she's a high risk. Police are undertrained for anyone who might be as dangerous as Ndlovu is alleged to be. 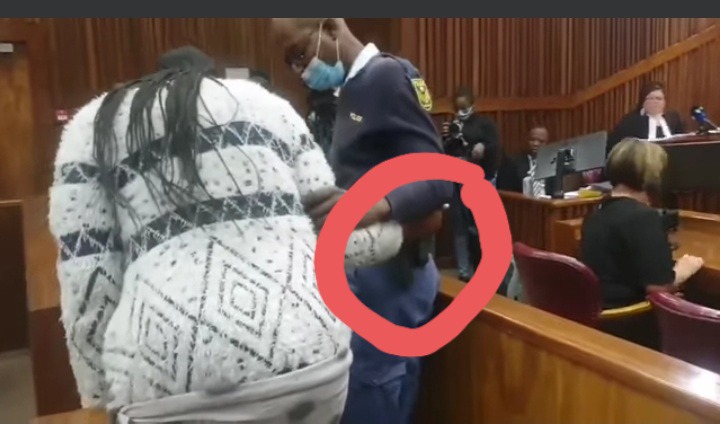