Stolen vehicles were recovered in the river

Many posts were made by different people seeking help in finding these stolen cars which were later found in the middle of a river. The crime rate is on the rise in South Africa. According to the report, the province of KwaZulu-Natal is still leading with the highest reported hijacking cases. It is now crystal clear that crime is slowly getting out of hand in other provinces. 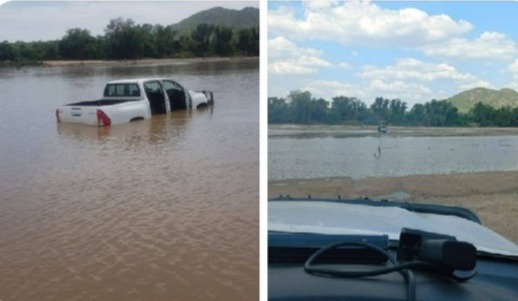 These stolen cars were found in the river in Limpompo "Tracker officials assisted the SANF with the recovery of stolen vehicles, which had been abandoned in the Limpopo River, in the order with Zimbabwe. The vehicles were abandoned after getting stuck" Reported Vehicle Trackers. 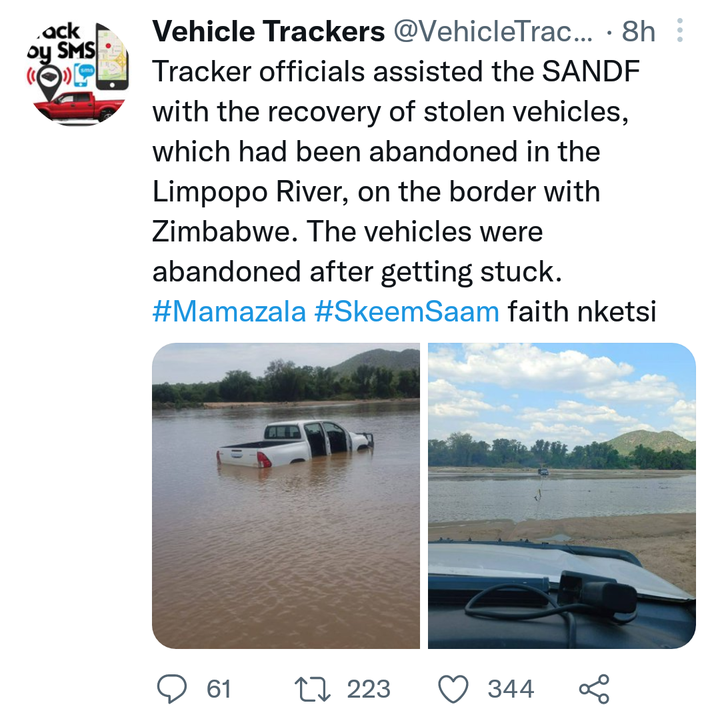 People have shared their thoughts in the comment section about this matter. Some people were praying that the crime end and African countries unite "African brothers, Africa unite, good neighbors" said a Twitter user. Some suggested that the government build borders "We need to have a serious border and control" said a Twitter user.