Last Thursday night the Empangeni; rural Kwa-Zulu Natal; cluster police; acting on a tip-off; arrested a foreign national; after they caught him with an illegal gun; six live rounds of ammunition and drugs.

The Empangeni; South African Police Services (SAPS) task team; got a tip-off that a foreign man had been seen carrying drugs and a an unlicenced revolver. They wasted no time and headed to Dumisane Makhaye Village; where they found a man with drugs and a firearm in a house. 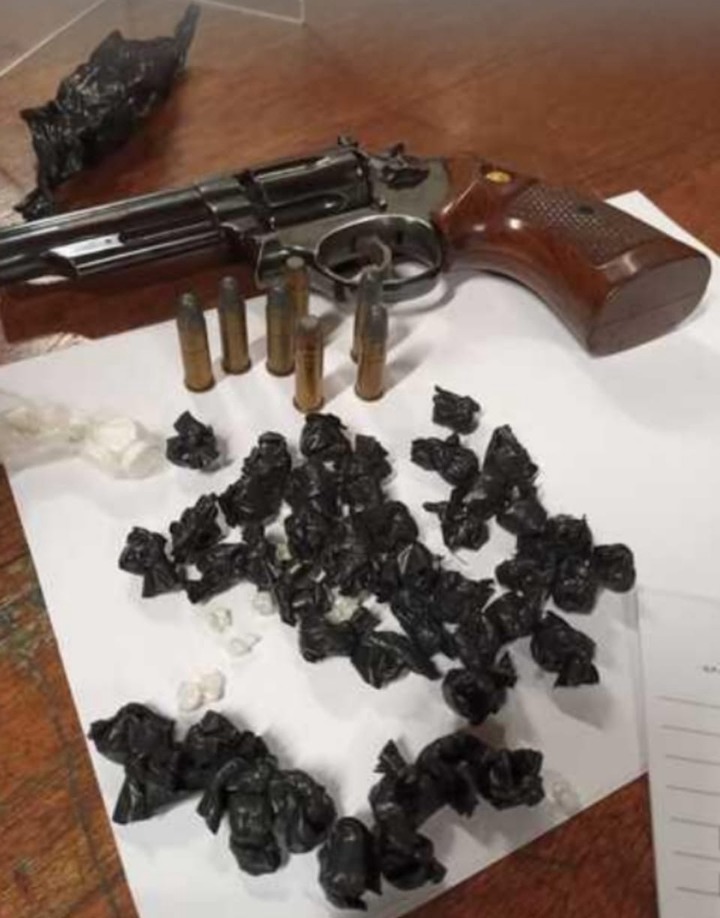 Drugs and an unlicenced .38 police special revolver with six rounds of live ammunition together with illegal drugs; were found in a Tanzanian national's house.

A 38 year-old Tanzanian man; was arrested at Dumisani Makhaye Village; on Thursday night. The man appeared at Empangeni Magistrate’s Court last Friday; for possession of drugs and an unlicenced firearm.

The spokesperson for the SAPS in King Cetshwayo police cluster; Captain Siyanda Shangase said; they went to the suspect’s house for a a search and seizure.

The man who is a native of Tanzania appeared at Empangeni Magistrate’s Court for possession of drugs and an unlicenced firearm on Friday .

According to a local newspaper; Shangase revealed that the drugs were wrapped in cut up black refuse bags were recovered; together with an unlicenced .38 police special revolver; with six live rounds of ammunition.

The foreign suspect was remanded in police custody for further investigation. He was expected to appear at the same court again for a formal bail application.

The SAPS in King Cetshwayo police cluster; did not reveal the street value of the drugs seized from the Tanzanian. However; it is fortunate that harmful drugs were removed from the streets.

The police also did not reveal whether the Tanzanian national was documented or not.

Mihlali Ndamase celebrates her birthday in style. This is how old she is as of today