Cable theft destabilizes business operations and impedes the delivery of necessities to industry and communities across the country. The direct debts suffered due to theft total more than 7 billion rands per year across the various state-owned entities such as Eskom, Transnet, PRASA, and Telkom. The economic cost is estimated to be around R187 billion. 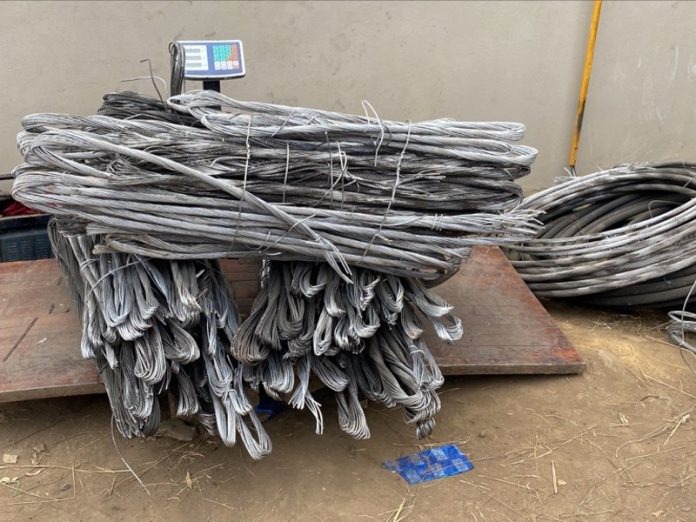 According to a report by Yusuf Abramjee, "A man was found hanging from railway pylons after being electrocuted by 3,000 V DC power while trying to steal overhead cables near uMngeni train station in Durban, KZN." https://t.co/PlzZrqbnTm 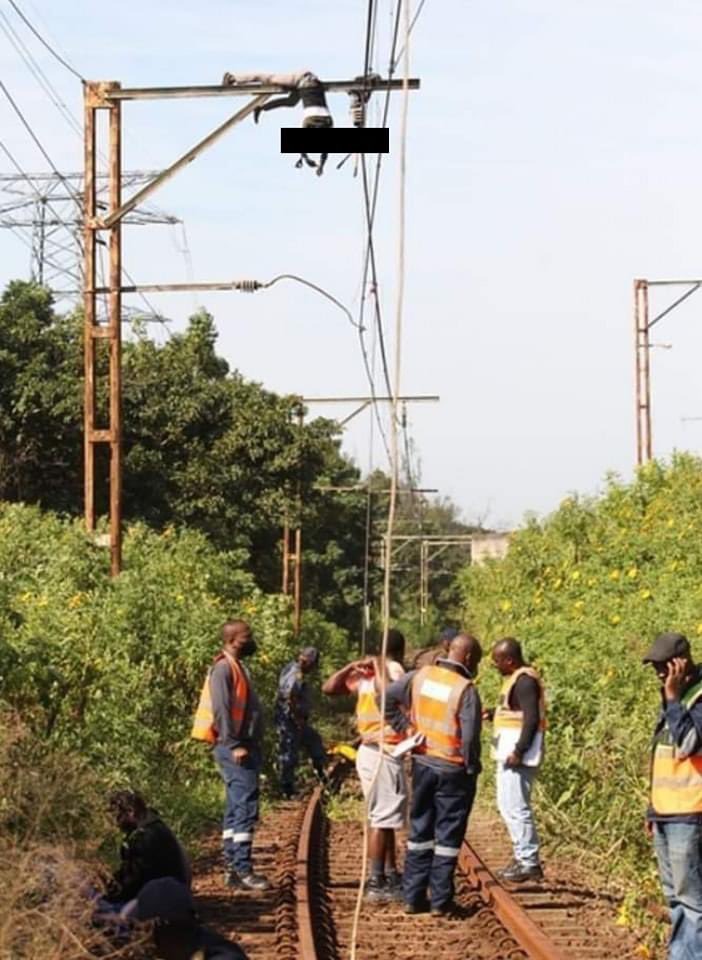 Cable theft is one of the major problems that South Africa is facing at the moment. Even though law enforcement agencies are making some arrests, it seems as if it is not enough because these thieves are not retreating from their acts.

Below are some of the comments from people on Twitter.

Patrick says that he thought the railway overhead line was always AC. Grounding is done through the train wheels to the grounding rod on the rail track. The single-phase from the overhead line will be rectified, converted to DC, and then back to 3-phase AC, all done in the locomotive. 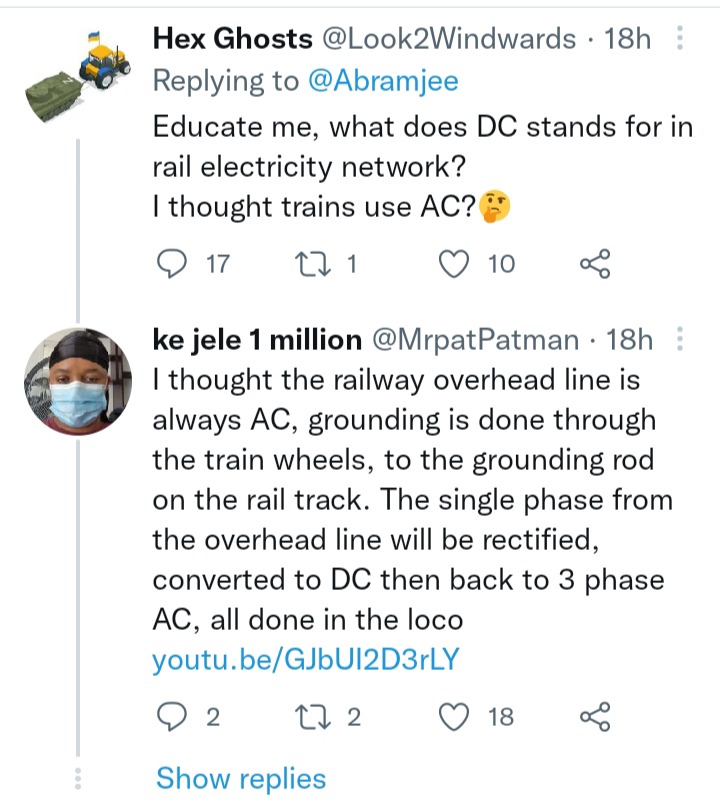 "Man, when 220v alternating current in the house electrocutes you, you call out to your mother." "Now imagine 3000 volts of direct current." "That’s none of the current circulations." Furthermore, you become a part of the wires you were attempting to steal. It transfers via you, "added Nhlanhla. 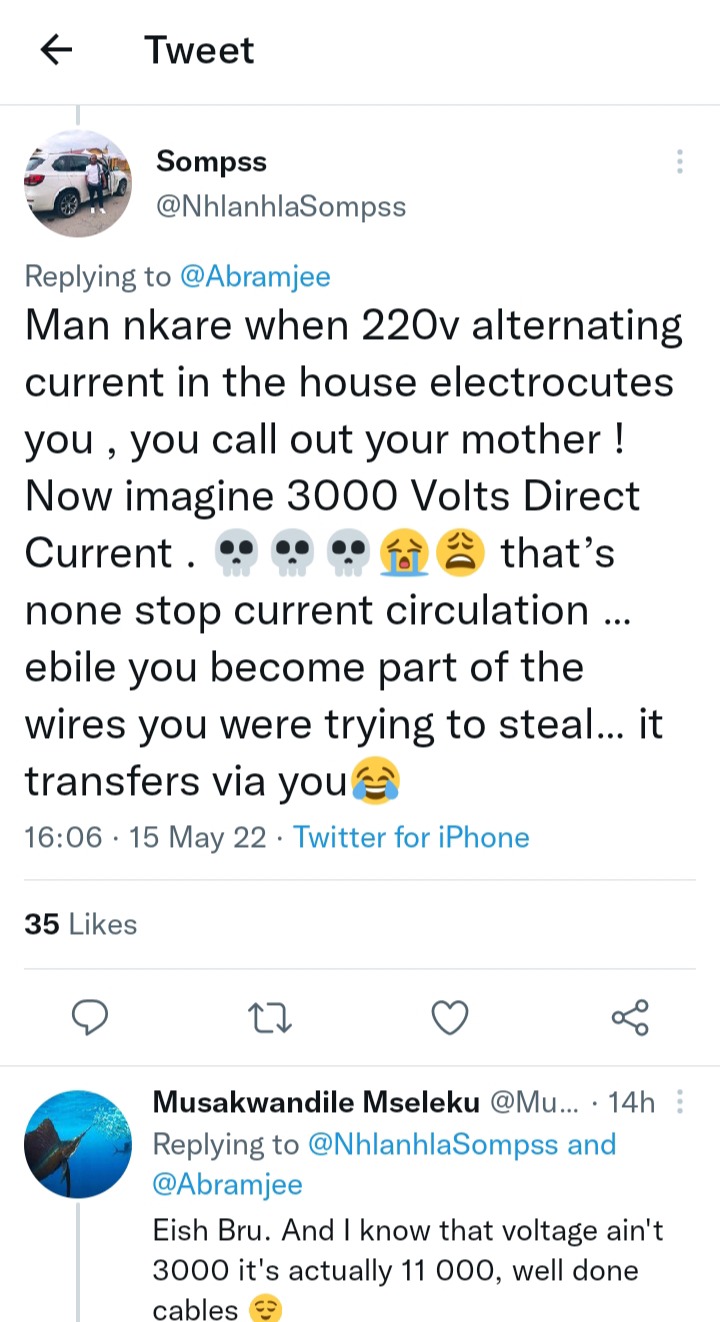 Some people blamed law enforcement, saying that it failed to protect against cable theft. They took it into their own hands and joined Operation Dudula to protect themselves. They are grateful.

Poverty has become part of the problem. "It’s pure desperation that leads a man to risk his life in such a way for a few rands." "As a country, we failed this man," says a Twitter user. 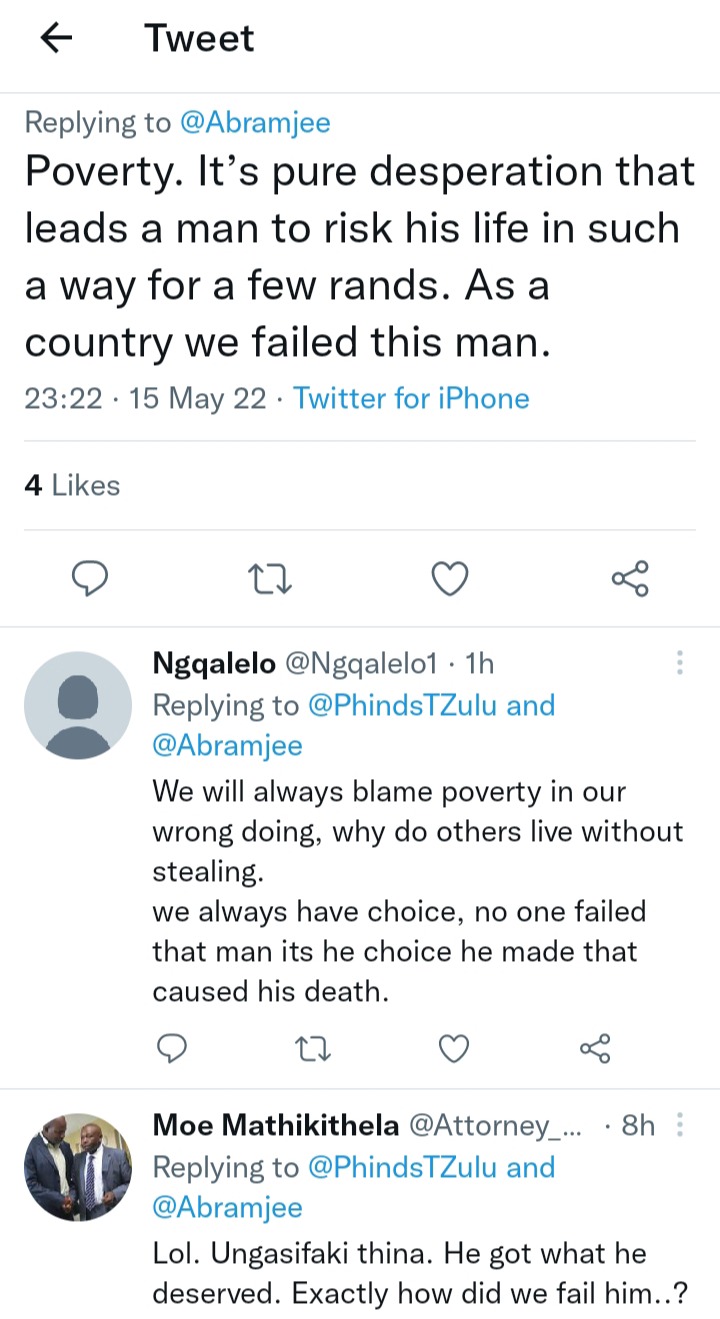 "He was just as destructive as the illegal foreigners in our country." We celebrate his death. "We say good riddance the same way we would do it if it was another illegal foreigner," says Nathikithela. 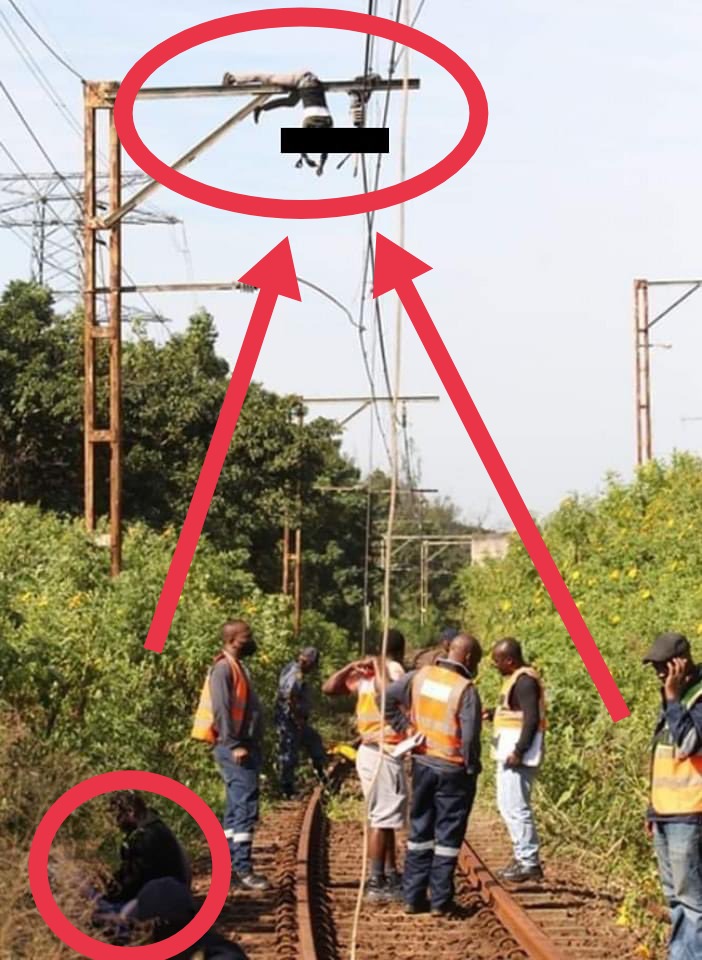