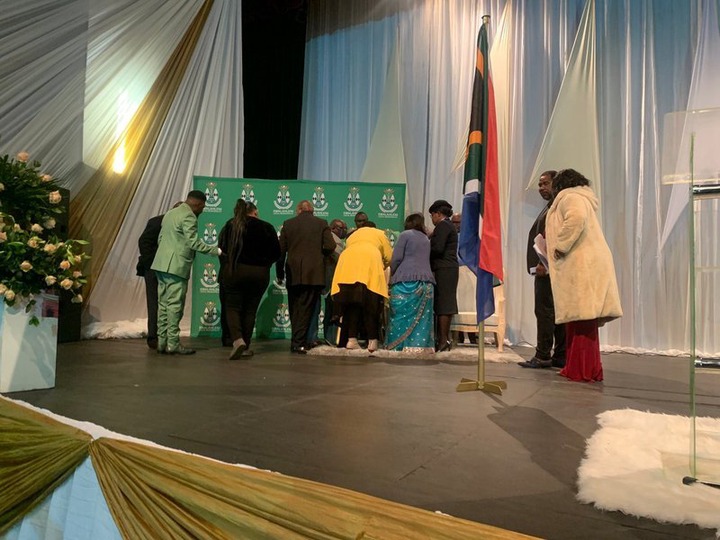 On Thursday during the state of the municipal address by the mayor of Emalahleni an unfortunate incident occured, to the Mayor Connie Nkalintshana.

The mayor reportedly fainted after she consumed some tap water in order to prove that the water was safe for consumption.

Before the mayor fainted she had stated that she was unfeeling well, shortly after the collapse occured. Other members and colleagues who were present at the address assisted her after she collapsed.

After the mayor fainted during the address, it was assumed that the water she drank was the cause of the incident and that the water was indeed not safe for consumption.

The Municipality has however, denied that she fainted due to drinking Tha tap water. The cause and reason as to how and what caused her to faint has not yet been revealed.