By Celebrityscoop (self media writer) | 5 months ago 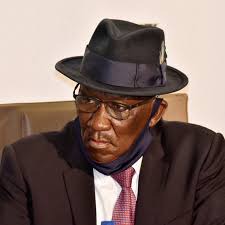 Cele said that the culprits behind the unrest may have started planning long before, referring to the dismantling of the crime intelligence unit after six top officials, including head of the unit Peter Jacobs, were served with suspension notices last year.

Cele gave his testimony before the SAHRC on Friday during its hearing into the civil unrest in July following the jailing of former president Jacob Zuma, resulting in the deaths of more than 350 people.

Cele said that newly appointed acting head of crime intelligence, Feroz Khan, "was signing things he was not supposed to be signing without authority". Further reports indicated that Khan was never formally appointed as acting.

Despite Khan being fairly new in his role as acting head of the unit, Cele said he had signed a long list of finances from a secret fund which is "very difficult to account for". The fund, according to the minister, is worth around a billion Rand.