Herman Mashaba, the President of ActionSA, has demanded that Bheki Cele, the Minister of Police, name and shame the production company responsible for shooting a music video in West Village, Krugersdorp, where eight young women were allegedly gang raped by suspected illegal miners. The incident occurred while the production company was present.

ACTIONSA IS SEEKING THE NAMING OF A PRODUCTION COMPANY

In addition, the letter was addressed to Lieutenant-General Elias Mawela, who serves as the police commissioner for the province of Gauteng. Mashaba has stated that he wants the police to disclose the business's identify within the next week, or else ActionSA will take matters into its own hands to bring the company to light. 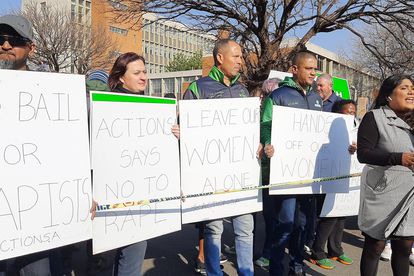 As the "region is infamous for its violent and unlawful activity," according to Mashaba, the production company that was responsible for organizing the music video shoot should have provided security for the people who were there.

ActionSA is of the opinion that the company has no reasonable expectation of privacy and has stated that steps should be taken to halt the activity of the company while an inquiry is carried out to determine whether or not there was adequate security in place on July 28.

In the aftermath of the horrible crime, dozens of suspects were detained on charges connected to the violation of the Immigration Act; however, the gruesome rapes themselves were not investigated since DNA testing was still in progress.

According to SABC News, the 81 alleged illegal mineworkers made their third appearance in the Krugersdorp Magistrate's Court on Wednesday. According to the news outlet, some of the alleged illegal mineworkers have been positively linked to the rapes. Cele informed the media during the previous weekend that the DNA testing of the suspects was finished and the results were in.