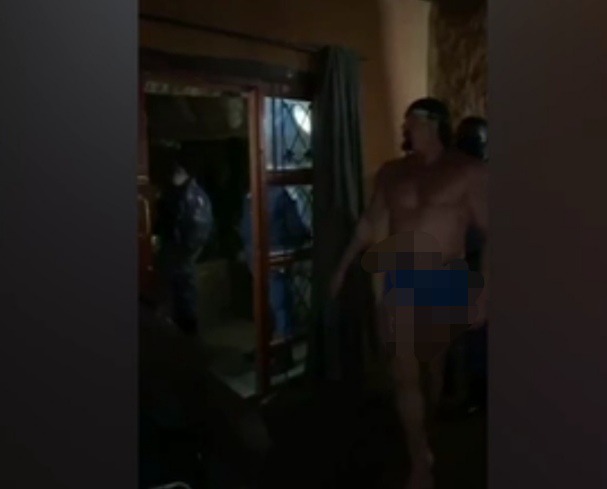 A man was shot in the head, allegedly by a police officer, after an argument at the Misty Hills Country Hotel in Muldersdrift, Gauteng. He is currently in a coma.

On Saturday, the man, who was a hotel guest, was shot after allegedly fighting with hotel employees. It's still unclear what the point of contention was.

Off-screen, a woman is heard remarking that they should feel secure near cops, not threatened.

The individual then expresses his displeasure with the police officers. "Take that gun, shoot me, shoot me," he says as he grabs a gun from an officer.

The officer's colleague fires a shot at him, and he crumples to the floor, causing the woman in the room to scream.

The manager had demanded that the guy leave the premises after an incident with personnel, according to the Independent Police Investigative Directorate (IPID), and the hotel would refund him. He, on the other hand, declined.

"The security and management followed him to his room and asked him to leave, after which he grew more hostile," IPID spokesman Grace Langa said.

She claimed that when police officers came at the hotel to assist, the man began fighting with the officers.

"He removed a pistol from the bedside drawer, cocked it, and one bullet went down, and the victim allegedly disarmed one police officer."

"The guest (victim) had two firearms in his possession, therefore one police officer took out his service handgun and shot that visitor once in the head," Langa said.

His wife is thought to have been present at the time.

She claimed in a Facebook post over the weekend: "My spouse is in a life-or-death situation. My heart is absolutely shattered. Taking each day as it comes. We're missing you! Your children are eagerly anticipating your arrival. Fight, my man; I can't afford to lose you now. Please, everyone, pray for a miracle. He was shot and is in a coma right now. My angel, my man, my everything, we adore you. Please contact us again."

The man was brought to the hospital while being escorted by police.