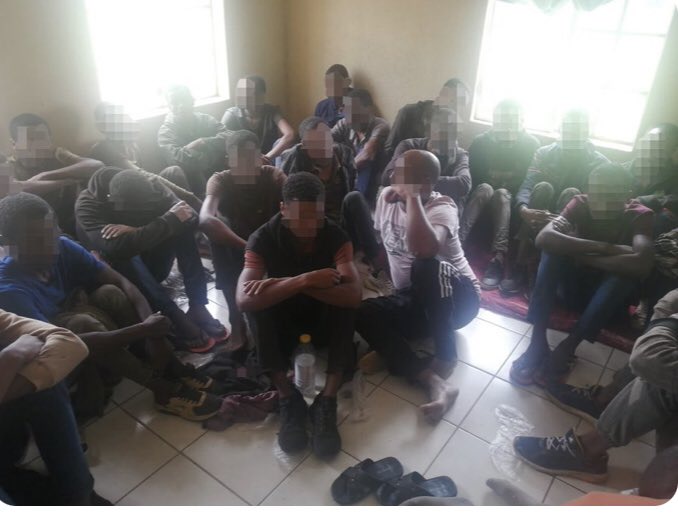 The victims were rescued in Glen Austin, Midrand.

According to JMPD spokesperson Wayne Minnaar, on Thursday, December 02, a message was received from national crime intelligence about a suspect holding victims captive at a plot in Midrand.

When the operation team arrived, they discovered an Ethiopian man guarding the premises.

"The man refused to open for the police, who had already seen the victims in one room,” Minnaar said.

The door was broken in order to free those who had been imprisoned.

Minnaar went on to say that after the victims were rescued, it was discovered that 65 other victims had allegedly been sold to business owners for R17 000.

A suspect has been arrested, and the victims have been placed in an unnamed safe location.