Widow Caught Up By Law For The Fraud She Committed At Road Accident Fund (RAF) Over Ten Years Ago.

By LUAATTA (self media writer) | 10 months ago

Nyameka Katshwa, 48, was caught up by the arms of law on Tuesday in the Eastern Cape for successfully claiming R514, 000 from the Road Accident Fund in Fraudulent Manner. 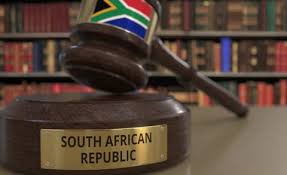 She appeared in court nearly 14 years after her husband’s death, charged for fraud over the same amount she claimed.

Katshwa apparently made a fraudulent claim on 14 July 2007 against the Road Accident Fund (RAF) after her husband died in a motor accident. All this information has been revealed by the provincial Hawks spokesperson Captain Yolisa Mgolodela.

She allegedly claimed the R514k on behalf of her minor stepchildren, the children of her deceased husband, who were not even under her guardianship at the time and stayed with other relatives.

The RAF claim was paid successfully paid to her directly.

She allegedly used the money for personal use and not for her stepchildren’s needs according to Mgolodela.

The widow was released from custody on warning and will return to court on 13 April 2021.

The Reserve Bank has announced another interest rate increase

Hectic: Oscar Mbo Accused Of Being A Scammer