By Crime_Blog (self media writer) | 11 days ago

After being spotted nak ed at a neighbor's house, a woman is in a lot of trouble. During last Saturday's ungodly hours, the creepy-looking accused witch was caught in a vigilante in Sedze Village in Nyanga, trying to deal with a local family member who is claimed to be a prayer warrior. After her target, Memory Mahowa, awoke in the middle of the night to find an unexpected guest strolling around her property chanting, the witch Nyambuya, who was joined by her two-year-old nephew who was also dressed in her birthday suit, reportedly had bad luck. Before anything else could happen, the saved woman sought help from a self-proclaimed spiritual man named Madzibaba Stephen Nzira to protect her homestead from underworld intruders. 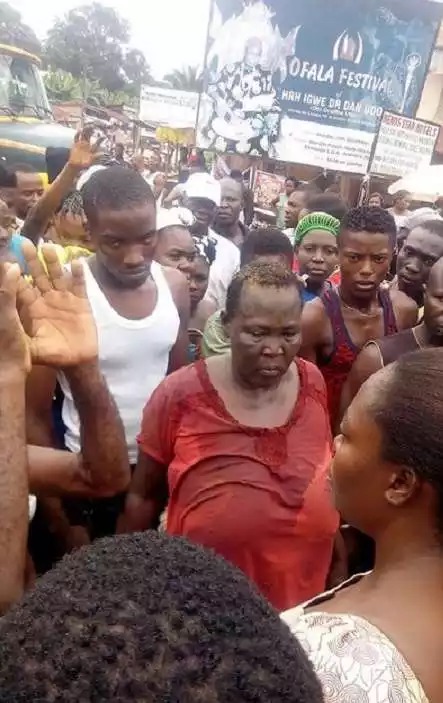 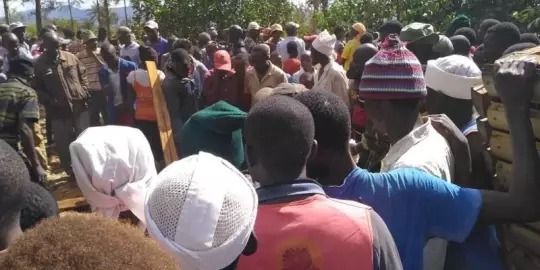 "They visited my shrine sometime this year seeking my assistance after they had encountered some spiritual troubles," the spiritual man confirmed the occurrence with the caption below. It was undeniably a witchcraft case. I didn't tell them that their next-door neighbor was responsible for the weird events. Among other things, I gave her some water to spray around her house. This served as a "fireguard" against uninvited intruders such as Nyambuya. “Nyambuya was confined with her two-year-old nephew, who I assume was being initiated into the practice at the time. "The child's hand also had some marks on it." He stated his case. The witch was heard asking for pardon and crying as she sat on the ground with the young girl in a confession. " There are people praying. This is a sacred site. I'm sweltering. I apologize for the inconvenience. Please accept my apologies. My other coworkers have managed to flee. She stated her case.