Two people were killed in a heavy marijuana-related fight in Kotwi. 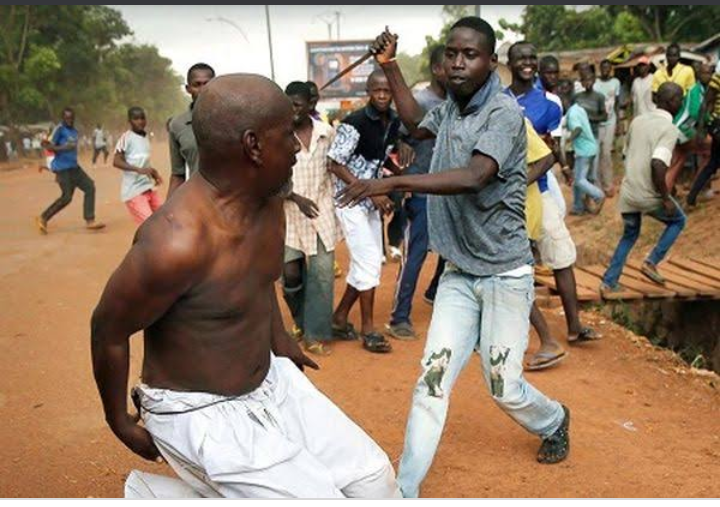 The death of a 26-year-old man, who was stabbed to death, and the lynching of his assailant took place at Kotwi in the Atwima Kwanwoma area of the Ashanti Region.

This was the consequence of a fight that broke out during an alleged sale of substances that were believed to be marijuana at a 'Wee Base.'

Nana Boakye collapsed to his knees in the street of Kotwi after being stabbed in the chest.

According to reports, the enraged villagers left Nana Boakye unattended while chasing Sheriff and attempting to lynch him at Jordan Junction in the vicinity.

Two additional people were attacked and injured, and they are currently undergoing care at Gary Marvin Hospital.

"Sheriff also injured two of the individuals who attempted to lynch him after his action," according to a witness, George Arthur, who spoke to Nhyira News after witnessing the incident.

"They are also undergoing care at the hospital," he added.

Wee base, where the alleged brawl broke out, is an unfinished building in the heart of town that was littered with cigarette ends and half-finished bottles of booze, according to eyewitness accounts.

According to reports, this establishment is frequented by an average of 100 men. The location, on the other hand, was deserted at the time of our visit.

The father of deceased Nana Boakye is adamant that his son is a carpenter, not a narcotics dealer, according to the family.

The Sheriff's family home was discovered to be vacant.

Several people close to the family claim that the deceased father and mother fled the house because they were afraid of being lynched by the enraged adolescents.

The incident is currently being investigated by the Kumasi Central Police Command. The bodies of the deceased have been taken to the mortuary for disposition.

'This witch doctor is a thief by trick & he also raped 10 clients. See how he was doing it -Details