President Cyril Ramaphosa tends to a group in Tshwane on Friday, where he at one point focused on raucous inhabitants. 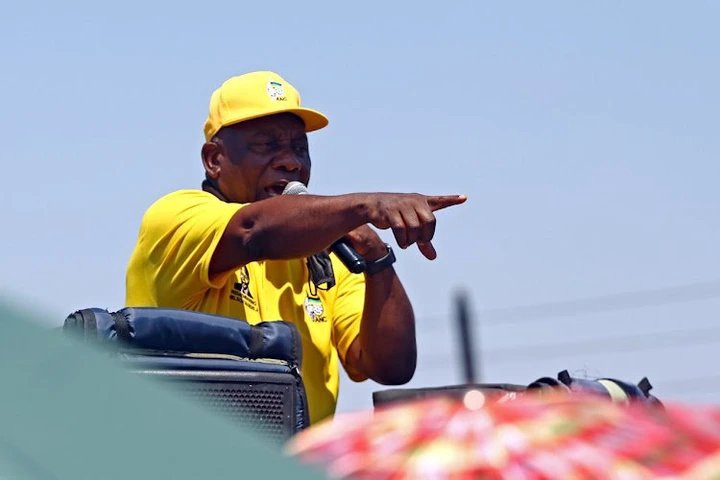 President Cyril Ramaphosa tends to a group in Tshwane on Friday, where he at one point targeted uncontrollable occupants.

An ANC crusade rally in Ga-Rankuwa, Tshwane, briefly plunged into disorder on Friday when furious occupants requested their complaints be tended to.

"You. Put your notices down. I have seen them," said party president Cyril Ramaphosa, pointing his finger at the gathering of notice conveying inhabitants.

At around early afternoon, not long after a house to house crusade at a casual settlement, Ramaphosa advanced toward a little games ground close by. At the point when he showed up, a few local people applauded him while others communicated their fury at the way wherein the competitor councilors' interaction had been dealt with.

At the small meeting, Ramaphosa welcomed the group and started his mission discourse. In any case, not long after he began talking, he was hindered by shouting occupants who disparaged the nearby councilor.

He then, at that point, facetiously added: "When it is this hot and you drink liquor, it is maturing inside you and makes you insane."

"The cycles at ward 31 and ward 32 were invalidated in light of the fact that the rules were not adhered to, particularly in ward 31. We won't acknowledge the ward councilors at ward 31 and 32."

Occupant Lesego Gutvao said inhabitants had been "going to and fro" attempting to manage grievances against their nearby government delegates.

"We began by shutting the IEC [Electoral Commission casting a ballot station] on the grounds that our complaints were not met. Then, at that point, we went to close the lawmaking body at Sisulu House and Luthuli House, trusting they will take care of them. Indeed, even today, we are as yet pausing."

He said the local area was "burnt out on the killings of friends in ward 32".

He said one ANC part was shot multiple times at his home, and Godfrey Gauwe was additionally killed.

Sello Mello whined of defilement nearby.

"We need councilors who pay attention to the ANC and on the off chance that they don't, we will allude them to the principles of the ANC," he said.

"Release us out in our numbers on November 1. We are returning to Luthuli House to let them know you will decide in favor of the ANC