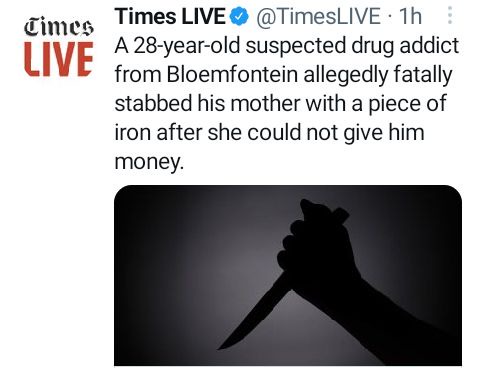 A 28-year-old man from Bloemfontein who is thought to be a drug addict is suspected of stabbing his mother to death with a piece of iron because she was unable to provide him with money.

At approximately 7 a.m. on Friday, a report of homicide was taken in by the police in Masike Street Rocklands, Kagisanong.

"As soon as the police arrived on the scene, they were shown the room where the body of the 65-year-old woman was lying. "The victim had many stab wounds on both her head and her body," said Lt. Col. Thabo Covance, the spokesperson for the Free State police.

The woman's brother reported to the police that the woman's son had approached the deceased for money to acquire drugs and was suspected of being a drug user himself. He reported that the decedent had disclosed to him that she lacked financial resources.

"The suspect displayed irate behavior. After leaving the house, he went to get a piece of iron and then returned to stab the deceased person multiple times with it. After he had finished, he went up to the person who had filed the complaint and stabbed him in the chest. 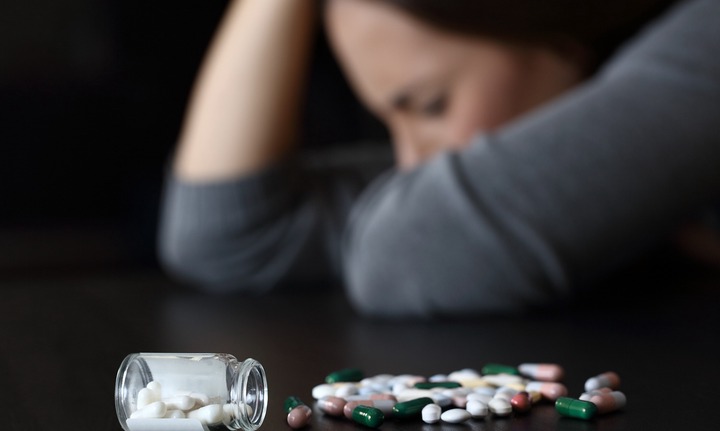 "It's a miracle that the uncle is still alive. The suspect prevented them from escaping the house and getting emergency assistance by locking them inside. They were assisted the following morning."

A history of substance abuse is another allegation made against him.

Please follow my page to stay up to date with the most recent information.